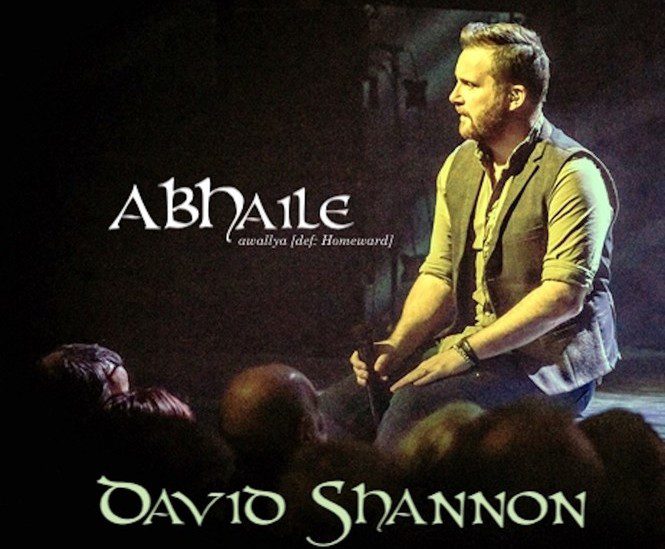 While it may seem like the world has come to a grinding halt in the wake of COVID-19, artists like David Shannon are doing their part to keep the home-bound country entertained.

Shannon, who has been a mainstay in West End theatre for 25 years, has played lead roles in classics such as Les Misérables, The Phantom of the Opera, and Sweeney Todd. And his solo music career has seen him perform on over ten records.

Having just recently starred in a West End production of Come From Away directed by Christopher Ashley, one that received rave reviews from the critics, the actor/singer turned his sights on releasing his latest album – Abhaile.

‘I wanted to do an album that was close to my heart and I chose all these songs as I have an emotional connection to them especially Monsters.’ Said Shannon, ‘Music has always been a light in the darkness for me and hopefully this album will strike a chord with people.’

Featuring popular covers such as ‘Galway Girl’, ‘Danny Boy’, and ‘ Róisín Dubh’, and ‘All You Want’ by Kodaline, Abhaile is a powerful record that, from title to tracklist, appears like a homage to the home, which is apt for the times we’re living in.

And, to take the album’s title quite literally, David will be performing a live concert from his own living room this coming Friday to celebrate the release.

You can view the live stream here on Friday evening.

‘Now more than ever we need artists and the art community, a community that is incredibly vulnerable right now.’ he said, regarding the role of artists during the COVID-19 measures.

So why not tune in on Friday evening to catch David performing songs from Abhaile, an outstanding concert you can enjoy from the comfort of home.