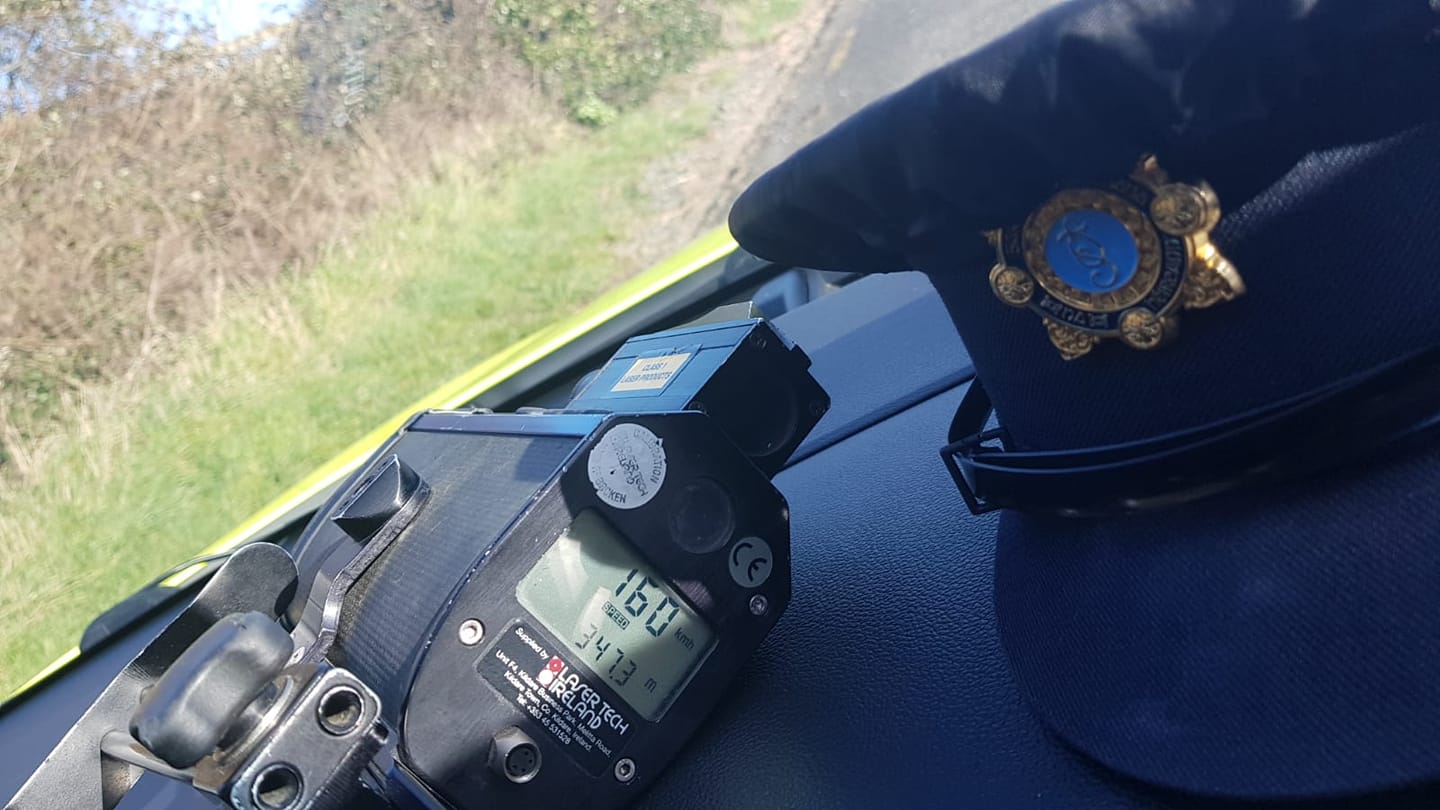 An Garda Síochána and The Road Safety Authority (RSA) have expressed concern at the number of drivers being detected driving at excessive speed, and at a doubling in the number of pedestrian deaths to date this year.

16 pedestrians have been killed up to the 29 April 2020, compared to eight pedestrian deaths up to the same period in 2019. Six pedestrians alone have died since the schools were closed in the middle of March.

Pedestrians are being reminded of the Rules of the Road when out walking. This includes using a footpath where one is provided. Where there is no footpath you must walk as near as possible to the right-hand side of the road facing oncoming traffic. Pedestrians should ensure they are visible to other users, cyclists and vehicles, especially when walking in the early morning and late evening. They are also being advised to always assume that they will encounter traffic on the road regardless of the current restrictions on travel.

The authorities have also expressed serious concern at the number of drivers who, despite the reduced amount of traffic on the road, are speeding. Some drivers have been detected speeding through streets with 50km/h limits at what can only be described as motorway speeds. Drivers are being urged to slow down and expect to encounter more pedestrians and cyclists than normal on your journey.

Chief Superintendent, Paul Cleary, An Garda Síochána, said, “Gardaí will be performing an increased number of high visibility checkpoints over the coming days and over the bank holiday weekend. Despite the reduced amount of traffic on our roads at this time, we still have concerns for vulnerable road users such as pedestrians and cyclists, and we would appeal to motorists to reduce their speed. Speed is a factor in up to one third of road fatalities and since the 28th March 2020, there have been 8,226 motorists detected driving in excess of the speed limit, a decrease of 38 % on the same period last year.”

He added that, “Although there is a substantial reduction in traffic volumes, some drivers are driving at extreme speed whilst the roads are quieter; for example a driver was recently arrested after travelling at 202km/h on the M1 motorway, this is completely irresponsible and a danger to all road users.”

Minister for Transport Tourism and Sport Shane Ross said that, “It is absolutely staggering that in this time of crisis and loss, there are people still driving under the influence of drink or drugs. The high volume of intoxicated driving – little changed from before the COVID restrictions – may be an indicator that people who are willing to behave irresponsibly by driving after taking intoxicants are also the people most likely to breach COVID restrictions and take unnecessary journeys. This behaviour must stop.”

He added that “all drivers need to slow down and watch out for vulnerable road users. There has been a worrying increase in pedestrian deaths this year. I would also urge pedestrians and cyclists to exercise care when using the roads during this time. It is critical that we all practice good road safety habits, so we don’t add to the workload of our front-line health care workers who are trying to deal with and contain the COVID19 pandemic.”

Ms. Liz O’Donnell, Chairperson, Road Safety Authority said that, “Traffic may be at a reduced level but there are still cars and trucks using the roads and everyone – motorists and walkers must remember that those rules have not been suspended or changed.”

“Those out walking should take measures to ensure their safety like wearing bright or reflective clothing. Drivers need to slow down and anticipate increased numbers of people out walking and cycling. I’d also ask drivers to please be conscious of the fact that people out walking will be trying to adhere to social distancing so may have to cross or step out on the road. Again, this means you need to slow down and expect the unexpected. Just because the roads are less congested does not give you licence to speed or drive while impaired through drink or drugs. To those who are using the current difficulties the country faces as an opportunity to get away with irresponsible driver behaviour, remember the Gardai are continuing to enforce lifesaving road safety laws.” said Ms. O’Donnell.

A total of 54 people have died on the roads so far in 2020, seven more than last year. This means that there has not been a significant reduction in road deaths, which might have been expected given reduced traffic volumes. Since schools were closed on Friday 13 March 2020 and up to 29 April 2020, there have been 17 road traffic fatalities. This compares to 18 fatalities over the same period last year.