DIY haircut for sheep farmer Donie is a internet sensation 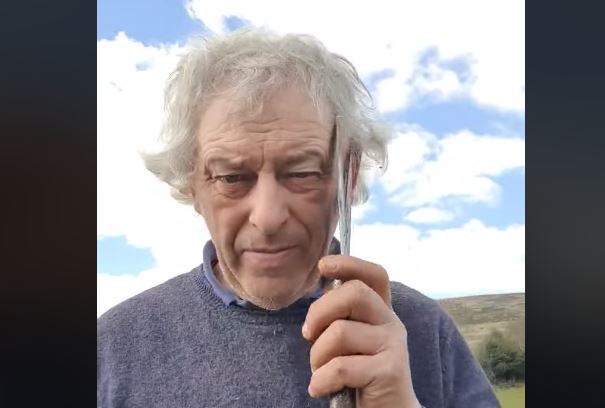 Sheep farmer Donie Anderson from Glenasmole is no stranger to the farming community in County Wicklow, indeed many will know him from the PURE mile and for his famous sheep dog Jess who he puts on show with at many events around the country.

But Donie is now an internet sensation after uploading a clip of himself, giving himself a haircut with a sheep shears.

Speaking to Wicklownews Donie said “I occasionally cut my hair with the shears when it is long, but would go to the barbers when it needs a good tidy up, yesterday I was out with the dogs and decided I would give it a chop, I use the phone the whole time as a mirror anyway and decided to record myself.

I put the phone up on the post and worked away, one of the most heartening things to see was as I was cutting and the wind was blowing the hair away the little birds began to take it away for their nests.

I put it up on my Facebook page and thought no more about it, until I went home and my daughter Mary said, did you know that your video has 30 thousand views, I could not believe it, I have had calls from media outlets both in Ireland and the U.K today alone.

I have to give praise to my good friend David Corrigan from the Curragh in Kildare who keeps the edge on my shears.

The clip which is just over 4 minutes sees Donie showing off his sheep shearing skills and has gone around the world in the last 24 hours, it is now heading for a million views.