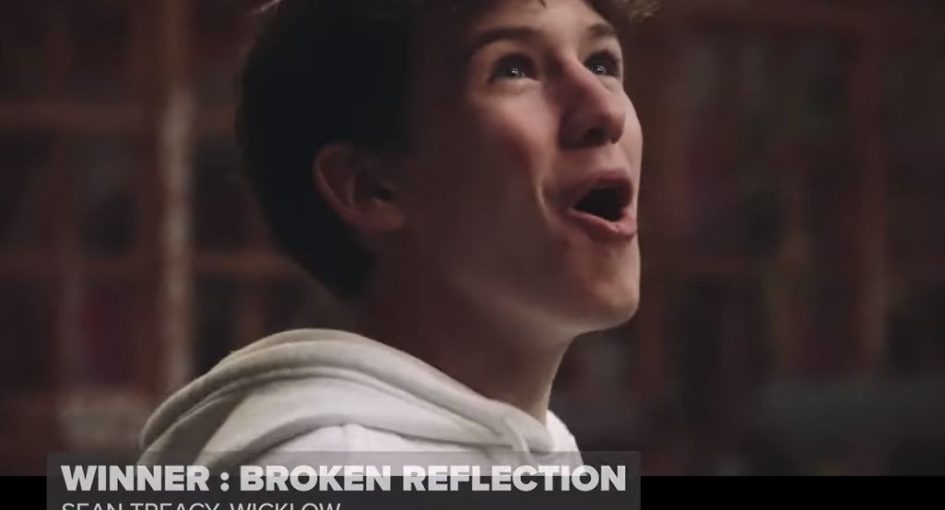 Young Wicklow filmmaker Sean Treacy picked up the Highly Commended Award for Direction for his film ‘Broken Reflection’ in the Ireland’s Young Filmmaker of the Year Awards.

Using location, casting and a central performance by Sean himself ‘Broken Reflection’ comments on the relationship between creativity, success and its ultimate cost.

Zac Goold with “Out” and Coláiste Chill Mhantáin with ‘Super Mario in Real Life; Making Up; Attack of the Balls; and The Bar’ also represented County Wicklow in the Awards.

The Ireland Young Filmmaker of the Year Awards which had a record number of over 1,700 entries took place this week on Fresh Film Festival’s YouTube channel due to the current COVID-19 (Coronavirus) restrictions. The awards were hosted by Demi Isaac Oviawe who stars in ‘The Young Offenders’.

What is Fresh International Film Festival?

Fresh International Film Festival is an opportunity for young people from Ireland and overseas, aged 7 to 18 years, to create, exhibit and share films. The festival gives young filmmakers the chance to have their work seen on a cinema screen for the first time and to compete for the title of Ireland’s Young Filmmaker of the Year.