Wicklow TD, Jennifer Whitmore TD, has welcomed Wicklow County Council’s move to include all people who are medically vulnerable on the list of those who can access the new proposed designated walking areas. The move was also welcomed by Social Democrats Councillor for Greystones, Delgany, Kilcoole and Newcastle, Jodie Neary who praised the Wicklow Council for its inclusive approach.

Wicklow County Council has proposed designating a number of locations around the 5 municipal districts over the next couple of months to allow for people who are aged 70 or over or who are medically vulnerable to exercise, between the hours of 9 a.m. and 11 a.m. from Monday next the 11th of May.

Speaking on the proposal Deputy Whitmore says, “I am grateful that Wicklow has moved in the right direction providing designation public areas for those over 70 and medical vulnerable. There has been much confusion over who is seen as vulnerable during COVID-19 with the primary focus being on age when in fact the focus should be on people, of all ages, who are considered medically vulnerable”.

Whitmore continues, “many children and those with disabilities, often invisible, fall into this category. We have all heard awful anecdotes of people with children being treated with disdain in public as there has been an unfair narrative surrounding children and their likelihood to transmit Covid – something not borne out by medical evidence.

“Now that Wicklow Council are to designate public areas for those over 70 and medically vulnerable it is important that people understand this will mean children in the park alongside older people. As long as the public are aware of this we can avoid discrimination or public disputes. People should refrain from making judgements as to why someone, of any age, might be using a public amenity such as a park during the specified hours.

Also speaking on the matter, Cllr Neary says “disability is often invisible meaning you may not be able to see why that person is medically vulnerable. This has often led to discrimination and I commend Wicklow Council for being as inclusive as possible on this. I would urge that all effort is made to educate the public on the need to protect all our vulnerable neighbours and the role we can all play in ensuring their needs are met”.

Whitmore then says, “we must support each other through these difficult times and recognise that the vast majority of people are adhering to the guidelines as they apply to them. Wicklow Council should be commended for its lead on this by being as inclusive as possible at this challenging time”.

Fine and driving ban for flytipper 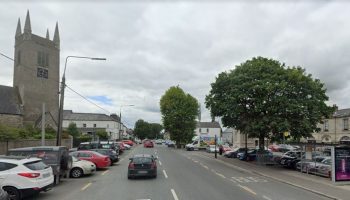 Wicklow Swift project proving to be a success