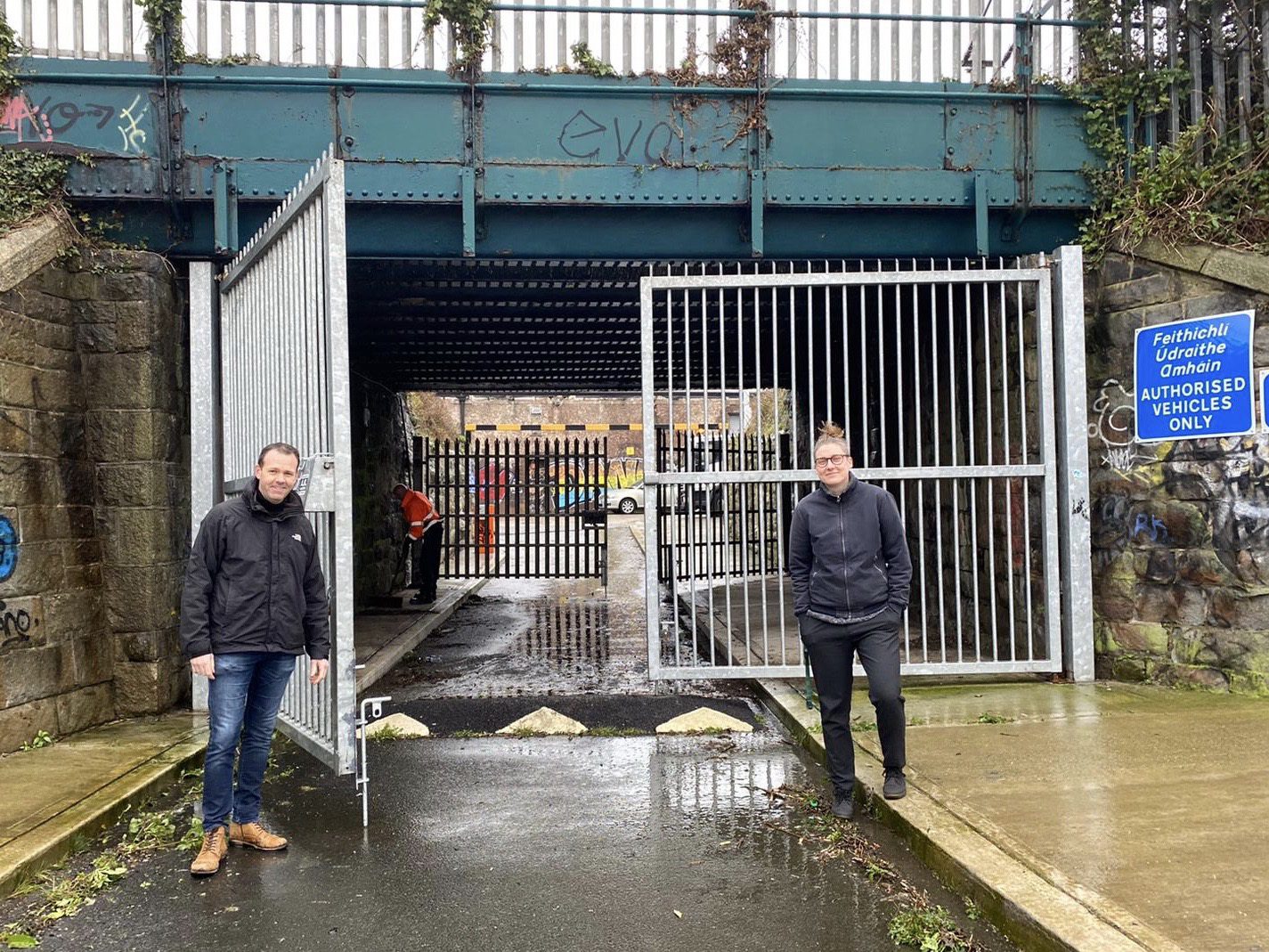 Wicklow Sinn Féin TD John Brady has expressed disappointment at the closure of the underpass at Bray Harbour by Irish Rail. The widely used underpass which has been fully open for a number of months now was closed without notice on Friday when the gates were locked, stopping any pedestrians or cyclists using it. Deputy Brady said that an immediate solution must be put in place to ensure the underpass can remain permanently open.

Deputy Brady said “It’s really disappointing that on Friday afternoon Irish Rail locked the gates at the underpass at Bray Harbour. The gates had been open for the last few months and the underpass is a widely used by pedestrians and cyclists.”

Cllr Grace McManus said “We are all searching for some positivity and community spirit at this time, and by all accounts the underpass being open has been of great benefit for people during their daily exercise. Until there is a permanent license agreement with Irish Rail to have the underpass open full time, I would urge that it’s kept open now, as it has been, due to the unprecedented circumstances we find ourselves in”

Deputy Brady concluded “I have been in contact with both Irish Rail and Engineers in Wicklow County Council with a view of having this issue swiftly resolved so it can remain open.”