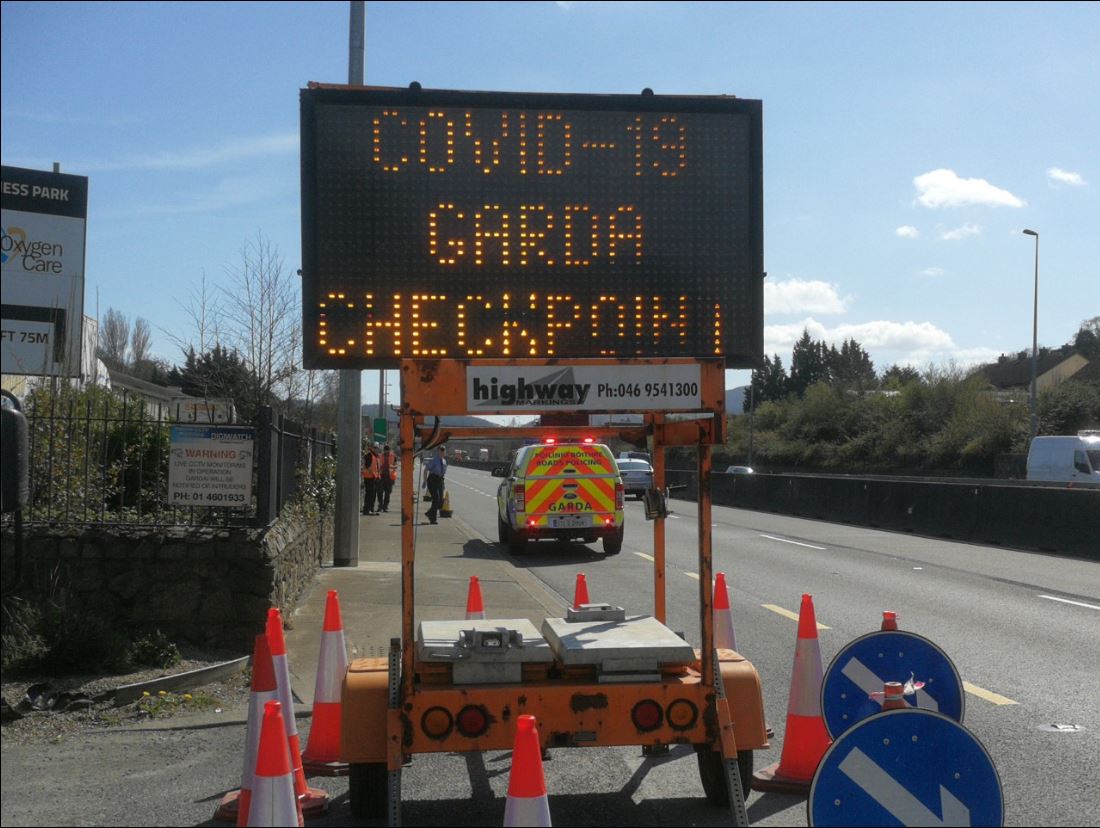 An Garda Síochána continues to experience a high level of compliance with the public health guidelines at the many checkpoints and high visibility patrols it is conducting at tourist locations, natural beauty spots, and parks and beaches.

During this time, Gardaí have interacted with hundreds of thousands of people. The vast majority were adhering to the public health guidelines.

A demonstration of this is the compliance rate at checkpoints. This is when individuals stopped at checkpoints are already in compliance with the guidelines or agree to take steps to become compliant such as turning around when asked to by a Garda.

The compliance rate was sampled at four of the larger checkpoints on Friday, 1 May, 2020 – one in each Garda region.

Transport Infrastructure Ireland (TII) technology was used to calculate the exact number of vehicles passing through the checkpoints. The system can distinguish between large commercial vehicles and cars/small vans. 21 of the 13,324 car drivers checked – 0.16% – were requested to turn around for not having a valid reason for travel and all agreed to do so.

No details of these cars or drivers are being retained as per Garda policy to first encourage people to bring themselves into compliance to support efforts to reduce the spread of COVID-19.

In what continues to be a small minority of cases across the country, despite receiving a number of warnings, some individuals were still not willing to take steps to comply with the public health guidelines and the regulations were used under the Health Act 1947- Section 31A- Temporary Restrictions (Covid 19) Regulations 2020.

From 8 April, which was when the regulations came into effect, until 2 May 2020 inclusive, Gardaí have invoked the regulations 139 times out of hundreds of thousands of interactions with the public. These include both arrests and incidents without arrest where name and address details were taken for consultation with the DPP on the decision to issue charges. Arrest remains a last resort.

Of the 139 incidents, two were as a result of an instruction from a relevant medical professional as per the Act.

As per Garda policy in relation to the regulations, in all cases where arrests were made under the regulations, members of An Garda Síochána consulted with the Director of Public Prosecutions on the decision to charge.

Some of these incidents are already before the Courts.