Why are there flowers at the doors of houses in Arklow today ? 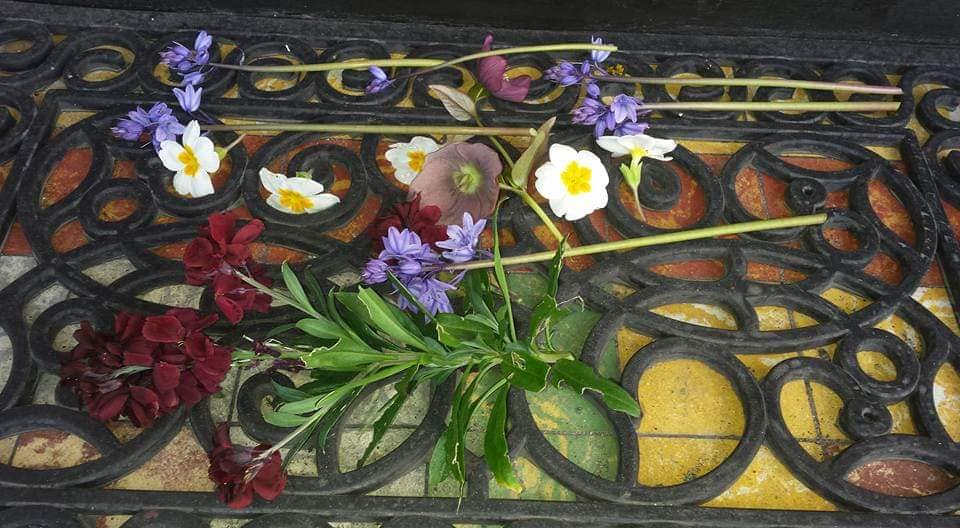 There are many varying traditions associated with different parts of County Wicklow, today we look at the tradition of leaving flowers at your front door on the 1st of May and why.

Is this tradition carried out in other parts of the County or is it strong Arklow tradition?

The Month of May was known as “Mary’s Month” or the “Month of the Blessed Virgin”. The whole month was dedicated to Our Lady.

The yellow primroses are so versatile and hardy, always in full bloom towards the end of April. They can grow anywhere along the hedge rows and down drains or even on stony banks. On the eve of May 1st we would pick some of these pale gold flowers and leave a bunch of them on our doorstep so Our Lady would tread on them as she passed during the night.

The Celts honored the fertility of the gods with gifts and offerings, sometimes including animal or human sacrifice. Cattle were driven through the smoke of the balefires, and blessed with health and fertility for the coming year. In Ireland, the fires of Tara were the first ones lit every year at Bealtaine , and all other fires were lit with a flame from Tara.

The Romans, always known for celebrating holidays in a big way, spent the first day of May paying tribute to their Lares, the gods of their household. They also celebrated the Floralia, or festival of flowers, which consisted of three days of unbridled sexual activity. Participants wore flowers in their hair (much like May Day celebrants later on), and there were plays, songs, and dances. At the end of the festivities, animals were set loose inside the Circus Maximus, and beans were scattered around to ensure fertility.

Bealtine the “Festival of Fire” is celebrated in County Westmeath each year to mark the beginning of Summer on the the Hill of Uisneach close to the town of Ballymore.