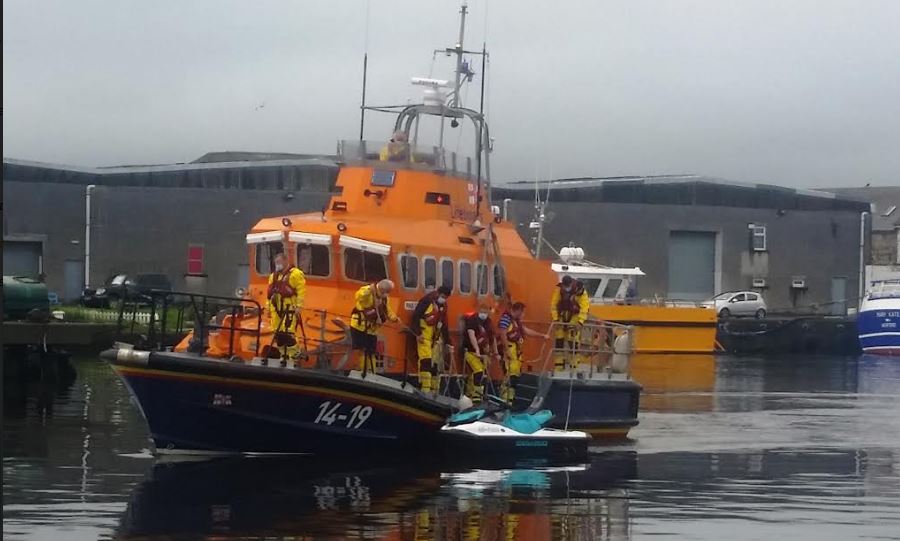 Arklow RNLI launched on Wednesday evening to assist a jet-ski following a Launch Request from the Irish Coast Guard & a Pager Alert at 6.15pm.

The volunteer crew made their way to the lifeboat station and within minutes of the alert were aboard RNLB Ger Tigchlearr and underway.

The lifeboat made its way to the reported position, at South beach, Arklow.

The casualty vessel had been reported as on the beach and without power.

The jet ski with 2 persons aboard was quickly located on the beach, it was without power and in the shallows near the beach. The 2 persons were in no further danger. A towline was set up and the personal watercraft was towed to deeper water with one person aboard, once in deeper water the person was transferred to the lifeboat and the  the other person made his own way to the lifeboat station.

The lifeboat then took the jet-ski on tow back to Arklow Harbour.

Once at the lifeboat station pontoon the towline was transferred ashore and the craft was then pulled to the slipway for recovery by the owners.

“Thankfully this shout ended well and both casualties were safe on the beach, there are higher numbers of people starting to come out and take to the water, we’d like to  remind people to Respect the Water and always wear a lifejacket and carry a means of calling for help when going out on the water”
Further Water Safety Information can be found at www.respectthewater.com