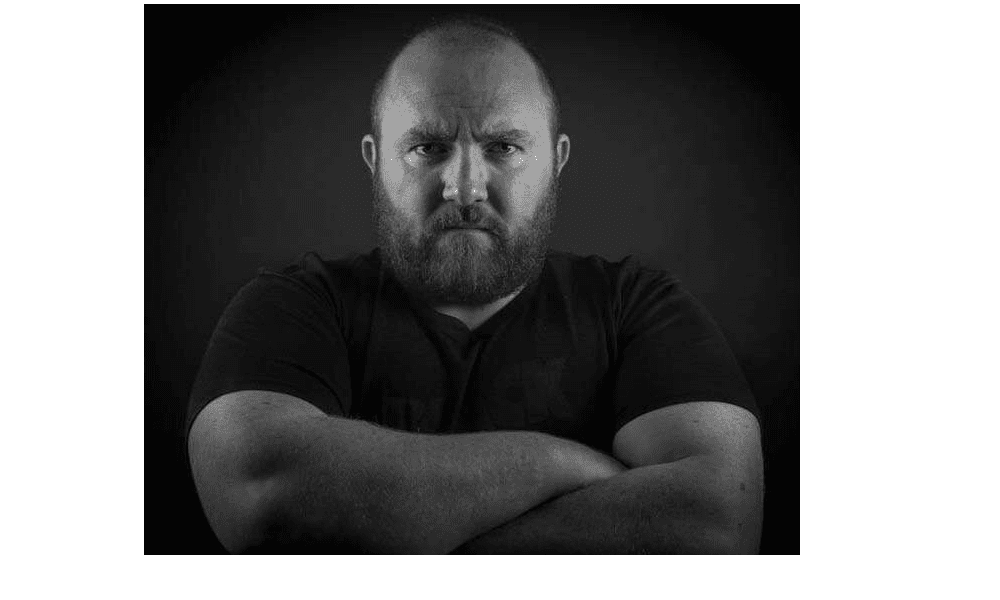 My name is Chris Rush, I live in Arklow Co. Wicklow and I have been a massive horror fan for as long as I can remember. I’m an author, chair of the Horror Writers Association – Ireland Chapter, a paranormal investigator with Paranormal Researchers Ireland and I just released my fifth book, Folklore: The Second Tale on Monday the 13th of July. This new story centres on a family who are terrorised by hideous creatures that dwell near their home in the countryside.

Over the last number of years, I have covered a number of topics in my stories. One highlight for me was being commissioned to write The Legend of Loftus Hall, which is a book based on the legend behind the infamous house down in Co. Wexford.

My first book – Folklore, was based on the Banshee, and I was blown away by the feedback and love for it. Even to this day I still sell copies of it online and it manages to appear in the top 100 of a selected category from time to time.

About a year and a half ago I decided I would write another horror story based on a different element of Irish folklore. When I originally announced that I was working on another Folklore book, many asked if it was a direct sequel, which it isn’t, although it could have been possible. I was intrigued at the thought of venturing down a different avenue to see what I could find to incorporate into a new horror story.

While writing the new book, I wanted to maintain the element of tension, dread and fear among the characters, which in turn I want to translate over to the readers as they make their way through the book. I viewed it as watching a movie. I visualised the scenes in my mind and then transferred them as best as possible onto the page in front of me.

That being said I won’t just write for the sake of writing, if I feel that I am starting to stray off topic, I will stop and return at a later stage. I’m also a person who will have the television on in the background while I write, I find it helpful as I can glance away from the screen, reassess my thoughts and then continue.

The focus for this new book (I don’t want to give too much away) was to highlight another aspect of Irish folklore and put my own horror twist on it. I don’t like holding back when it comes to my books, as I feel that if someone reads a horror story they should expect some content to be disturbing, and that is what I always aim to do in some form, something which I hope to achieve again with my latest release.

My thanks to everyone out there who has supported me so far.

Chris Rush’s latest novel, Folklore: The Second Tale, is out now via www.chrisrushauthor.com. You can also find him on Facebook and Twitter.

Moving into an old, rural, Irish cottage was the fresh start both Stephen and Louise McKenna needed following the loss of their baby. A builder by trade, Stephen saw it as a brilliant opportunity to create a beautiful new life for his now pregnant wife and two young children.

Shortly after settling into their new home, an unusual structure in the distance dominates the family’s intrigue.

Ignoring warnings to stay away by the landowner due to it being a dangerous and unforgiving place, Stephen ventures inside, unleashing an ancient evil upon his family.

As horrific events unfold around him, Stephen learns there is truth behind every story.