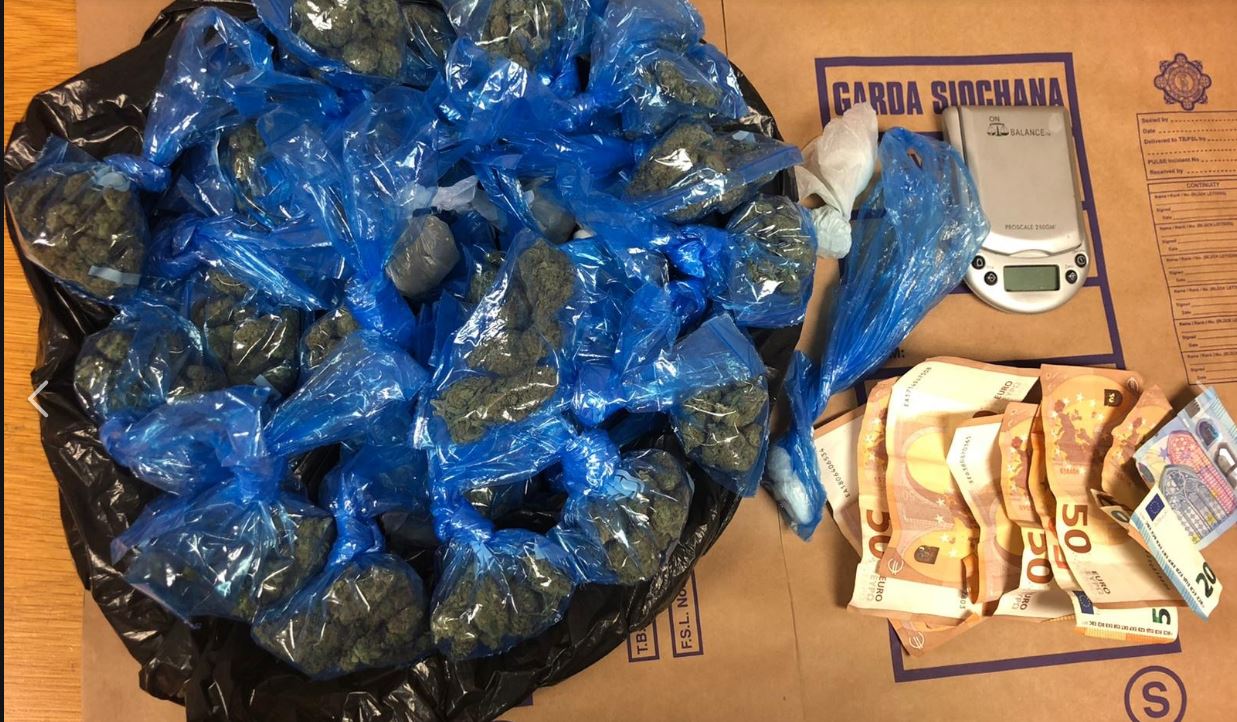 Cash and drugs valued at approximately €6000 recovered during a search in Bray on Thursday.

The local drugs unit backed up by uniform members arrested one man in his 20’s who is currently detained at Bray Garda station.

It is the third time in two weeks Gardai in the area have recovered drugs, last week €3,110 cannabis, €3775 cash and an imitation military-type firearm during were seized during planned searches in Bray