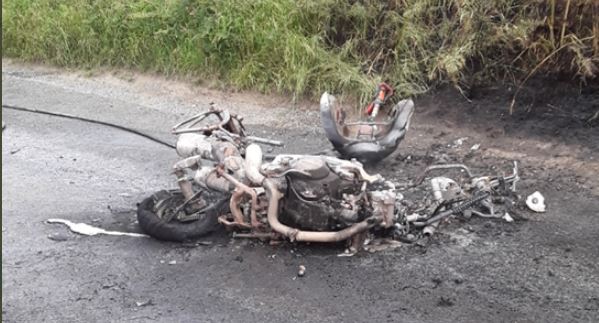 Two men were taken to hospital following a crash between a motorcyclist and a car north of Arklow on Monday evening.

Emergency services including fire services from Arklow and Wicklow were called to the scene on Sea Road just after 7pm.

It is understood the motorbike caught fire following the collision.

The motorcyclist aged in his 40’s suffered serious injuries while the driver of the car a man in his 50’s suffered minor injuries.

Both were taken to St.Vincent’s hospital.