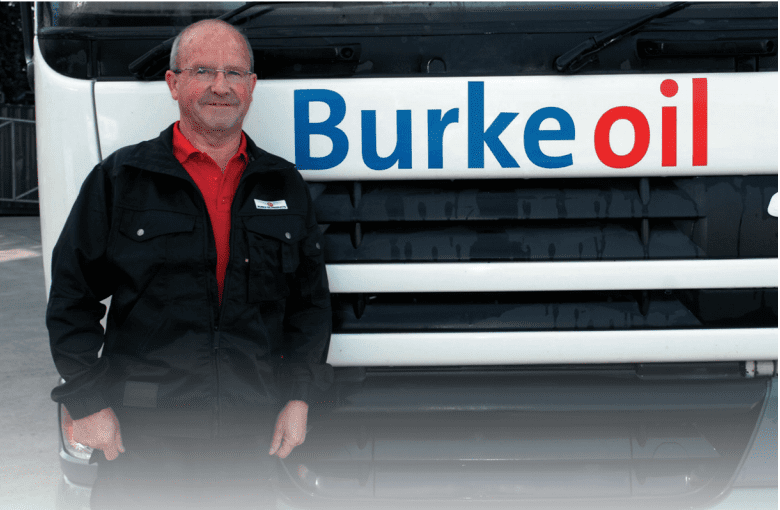 Michael Vickers on his first day with Burke Oil in 2008.

Wicklow man Michael Vickers celebrated his retirement on Friday 17th July with his co-workers at Burke Oil, with whom he had been working with for the last 12 years.

Burke Oil posted on their social media to celebrate the occasion:

“Michael has been delivering oil all over Wicklow for many, many years.  He started delivering oil back in 1973 with Sheane Oil and he was then recruited by Pascal Burke and moved to Clarke Oil in 1977 which was sold to Campus Oil in 2004.  Michael then joined the team at Burke Oil in 2008 where he remained until Friday 17th July.

“He is a hard working and lovable character who has kept us entertained with his Glenroe whistling, laughter, and stories every day!

“His customers have filled him with tea on a daily basis and they all have great words to say about him!

We at WicklowNews.Net would also like to wish Mr. Vickers a very happy retirement and thank him for his decades of service.