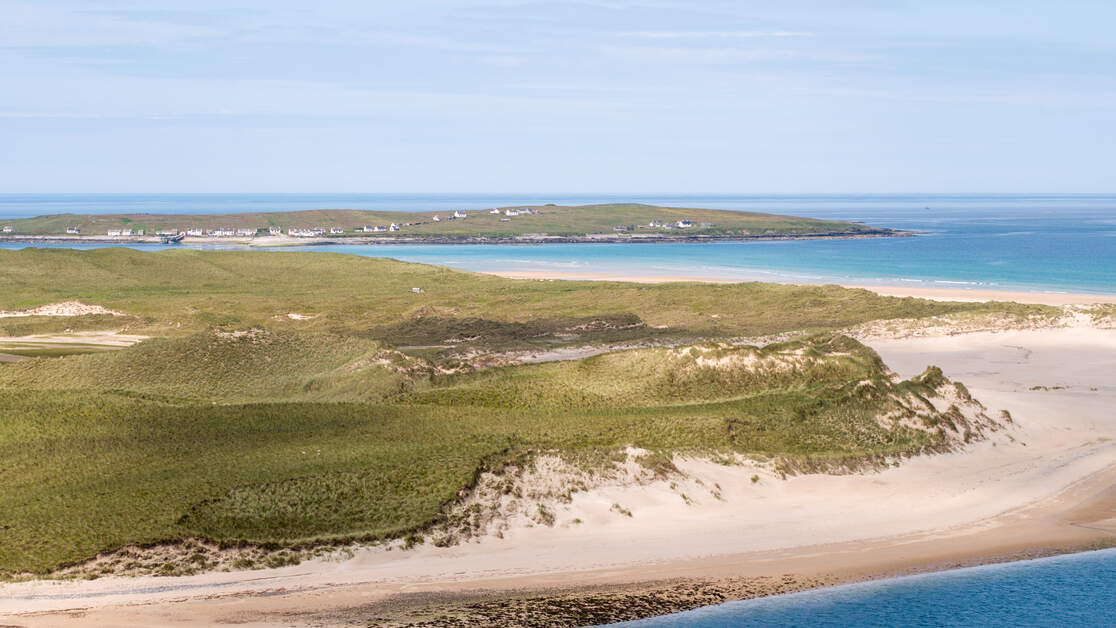 Members of the public who were on the beach at Drumnatinny, Falcarragh, County Donegal heard cries for help as the two began to drift out to sea due to a strong current.

Mark who was holidaying in the area was among a number of people who went to the aid of the stranded couple.

Mark told the Donegal Daily “A man on a board and a young girl joined in the rescue, a member of the public managed to get me the lifebuoy which help me get out as far as possible, the young girl returned to the beach as the sea was too rough but the man on the board managed to get to them and bring them towards me.”

With the help of people on the beach the rescuers and victims were pulled to safety.

Paramedics were waiting on the beach to treat the couple after the rescue.

Mark said they were very lucky, only the woman started shouting when she did, she may not have been heard, another thing I didn’t notice any signs warning of the dangerous currents which could prevent these kid of incidents.