A new short film shot in Wicklow and directed by Wicklow director Sinéad O’Loughlin will screen online on Sat 15th August as part of the official programme of the 2020 Still Voices Film Festival.

Stray tells the story of Úna who has returned home after a violent break in which has robbed her of her sense of security in her own home. The film stars Tony Award winning actress Marie Mullen with Marty Rea and Noni Stapleton in supporting roles. Written by Gemma Doorly (Red Rock) and produced by Arcade Film, the film was part funded by Wicklow County Arts Office Strategic Project Initiative.

Stray was filmed near Avoca in May 2019 and has screened in Cork, Kerry, Limerick Chicago and Washington. It was nominated for the Best of Cork Award at Cork International Film Festival. Speaking about the upcoming screening, director Sinéad O’Loughlin commented:

“We are delighted to be taking part in Still Voices Film Festival 2020, which has moved online this year. We’ve had a great response to Stray so far but it’s great to be able to share it for free online to a wider audience. Unfortunately many festivals continue to be impacted by the Covid 19 crisis.”

Stray is programmed as part of Shorts Programme Twenty on Sat 15th August. The film will be available to watch online for free from 10am – 10pm at www.stillvoicesfilmfestival.com. 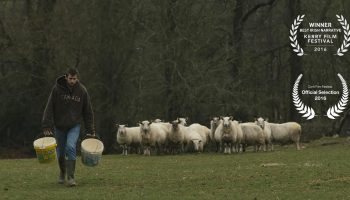 Wicklow film to screen in film festivals in Kerry, Belfast, Dublin and Rome