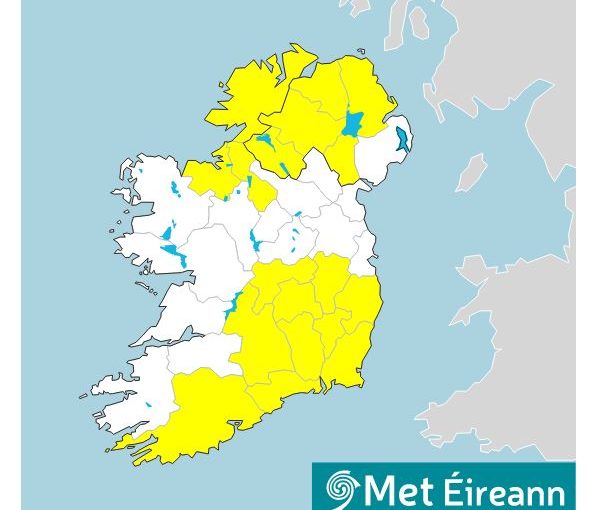 Wicklow along with 12 other counties has been included in a Status Yellow Snow/Ice Warning issued by MET Eireann from Midnight tonight until noon on Wednesday.

Isolated showers this evening and staying mainly dry tonight. Clear spells will develop allowing frost to form early in the night. Winds will back westerly and become light. Lowest temperatures of -3 to 0 degrees. Rain will move in from the west towards dawn, mainly affecting south Leinster and turning to sleet and snow in some areas.

A cold start to Wednesday. Rain, sleet and snow in south Leinster will clear southeastwards during the day. Bright spells and scattered wintry showers will follow from the northwest. Remaining cold throughout the day with highest temperatures of 0 to 3 degrees. Winds will be generally light or moderate, varying in direction but becoming northerly later in the day.

The AA are reminding motorists to use caution if you have to make a journey in snow and ice conditions: it can take up to ten times longer to stop a vehicle, so slow down, avoid harsh braking or acceleration, and keep well back from whoever’s in front.

Allow extra time in the morning to fully de-ice your vehicle before you set out.