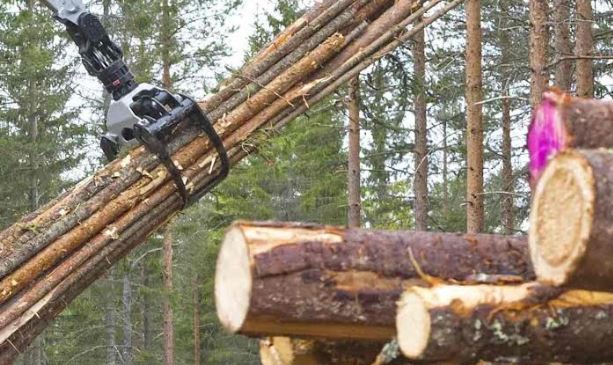 The Forest Owners Co-operative Society (FOCS), which represents private forest owners in Co. Wicklow and elsewhere throughout Leinster, Munster and Connacht, has pinpointed inordinate delays in the issue of timber felling licences and urgent action to tackle and control the spread of Ash Dieback disease as the two greatest issues facing its members at the present time.

So pressing have both issues become, unless both are tackled by Government as matters of extreme urgency, the forestry industry will suffer enormously, livelihoods will be lost, and all targets that Government have set for the sector will be undermined, FOCS believes.

With increasing volumes of finished timber now being imported, employment in a sector that currently generates some 15,000 jobs is at risk. Moreover, with the average grower exposed to losses that could be as high as €100,000 and more in situations whereby trees may lose condition or suffer wind blow when left un-harvested, FOCS believes that urgent action is necessary to address the speed of issue and the number of felling licences granted if growing concerns amongst forest owners is to be eased and confidence restored within the sector and in associated industries.

Noting the ‘significant deterioration’ in the issuing of felling licenses that has impacted private forest growers during 2020, FOCS has pledged to apply its full resources towards removing obstacles that have reduced the flow of felling licences to a virtual trickle compared to previously. In this regard, it is seeking a meeting with Minister for Agriculture, Charlie McConalogue to help resolve any impediments existing in the process and agree a workable strategy for the future.

Another major objective facing FOCS in the coming year – one that will be included in matters FOCS intends to raise with the Minister for Agriculture given its urgency – is the damaging impact that Ash Dieback disease is having on Ireland’s forest plantations.

FOCS claims that measures currently in place to deal with Ash Dieback disease are completely inadequate, pointing to the fact that many ash plantation owners are excluded from any assistance and many have suffered significant loss.

In this regard, chief executive, Dr. Kathryn O’Donoghue said that FOCS is determined to give its full support to ash plantation owners whose livelihoods are affected by the onslaught of this disease by pressing Government for radical change to the measures employed to deal with replanting and clearing as well as the provision of compensation.

“In order to expand the sector in line with Government targets it is vital that we encourage more young farmers and landowners to see the opportunities and rewards that forest ownership can bring.  However, only through active engagement and cooperation at Government and EU levels can real progress and a more efficient use of state resources be achieved” Dr. O’Donoghue added.