Wicklow Sinn Féin TD John Brady has expressed concern regarding the high volume of day-trippers still travelling to the Wicklow uplands in breach of the public health regulations by travelling more than 5km from their home. Over the weekend hundreds of vehicles were turned back by An Garda Síochána with one hundred and seventy fixed charge notices issued. The Deputy has called on people to have a little cop on.

Deputy Brady said “Over the weekend hundreds of vehicles, many from outside Wicklow were turned back by An Garda Síochána at the Wicklow Uplands and other locations for breaching the public health regulations by travelling more than 5km from their homes. Between Saturday and Sunday nearly 200 fixed charged charge notices were issued.”

“People need to have a little cop on, we are in the middle of a public health emergency with over 3000 positive cases confirmed daily. Our hospitals are at breaking point with nearly 2000 people now in hospital and 200 in ICU.”

“I know another lockdown is challenging for people, but everybody must play their part and adhere to the public health regulations and help drive the numbers down, save lives and ease the pressure on our hospitals.” 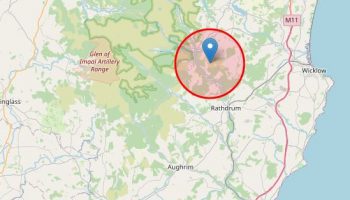 Your 5km from home for your phone

Schools closed until 11th of January