Minister for Health Stephen Donnelly has welcomed the sale of the site for Greystones Community College.

Under the deal Cairn will design the new school building and apply for planning permission which they expect will be granted by the end of the year.The 11.5 acre site close to Shoreline in Charlesland could see the first work begin on site as early as this time next year.

If all goes to plan the school could be open in time for September 2023.The new school is expected to have as many as 50 classrooms, a c. 1,000 square metre PE hall and gym as well as six outdoor hard play court areas.It will when completed have the capacity to accommodate up to 1,000 students.

Minister Donnelly said: “It’s absolutely fantastic news that a deal has finally been done to buy a site for Greystones Community College.

“This news also gives the staff and pupils much needed certainty after a year in which they have been left in limbo for too long.

“Despite having to run the school from a tennis club, everyone involved in GCC has shown a remarkable level of resilience.

“The main focus now will be on making sure the school itself is built as quickly as possible so the students will have the state-of-the-art facility they deserve in September 2023.

“I will continue to work with both the school and the Department of Education to make sure that happens.”

Wheels on the bus go round for last time for Dessie 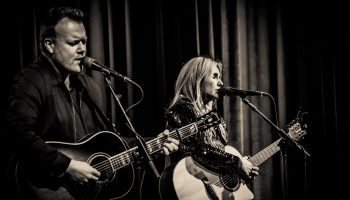