Irish folk musician Valerie Armstrong has just released her new album “False Bride”. The harpist and singer, from Enniskerry, has created an album that gives a contemporary twist to the sound of the traditional Irish ballad, mixing harp and voice with electronic percussion. Armstrong, made music industry headlines last year when her work was sampled by Grammy Award-winning artist James Blake. Armstrong’s new music video was filmed in Co. Wicklow by TW Films.

The new album is a collaboration with Ken McHugh of Autamata and Cathy Davey fame. Armstrong’s collaboration with McHugh has allowed her to innovate upon the classic harp sound, creating songs which are all at once grounded in tradition yet modern and cinematic in feel. The album’s singles “Blackwaterside” and the title track “False Bride” are Broadside Ballads originating from the 17th to 19th century.  “Blackwaterside” takes the form of the traditional Irish folk song with a melody reminiscent of “She Moved Through the Fair”  and overlays it with electronic percussion to create a contemporary ambient sound evocative of Irish folklore, landscape and history. The Track “The Bay of Biscay” recounts the tale of a young wife who is visited by the ghost of her lost love.

Armstrong came to prominence last year when she was sampled by James Blake for the track “Barefoot in the Park” on his album “Assume Form”. Blake became a fan of Armstrong’s music after discovering her early recordings on Youtube. The Grammy Award-winning artist took to his Twitter account to describe Armstrong’s work as “beautiful”.

Commenting on the new album, Armstrong remarked,  “One of my old recordings was sampled by James Blake, and soon after I became a fan of his work. His use of programming in production inspired me to do something different with these old Irish songs. I wanted to expand upon the genre of the traditional Irish Ballad. it’s a big contemporary sound but grounded in Irish romantic tradition.”

“False Bride” by Valerie Armstrong available on all streaming platforms and on Itunes. For forthcoming tour dates visit: valeriearmstrong.ie 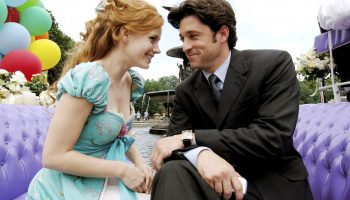