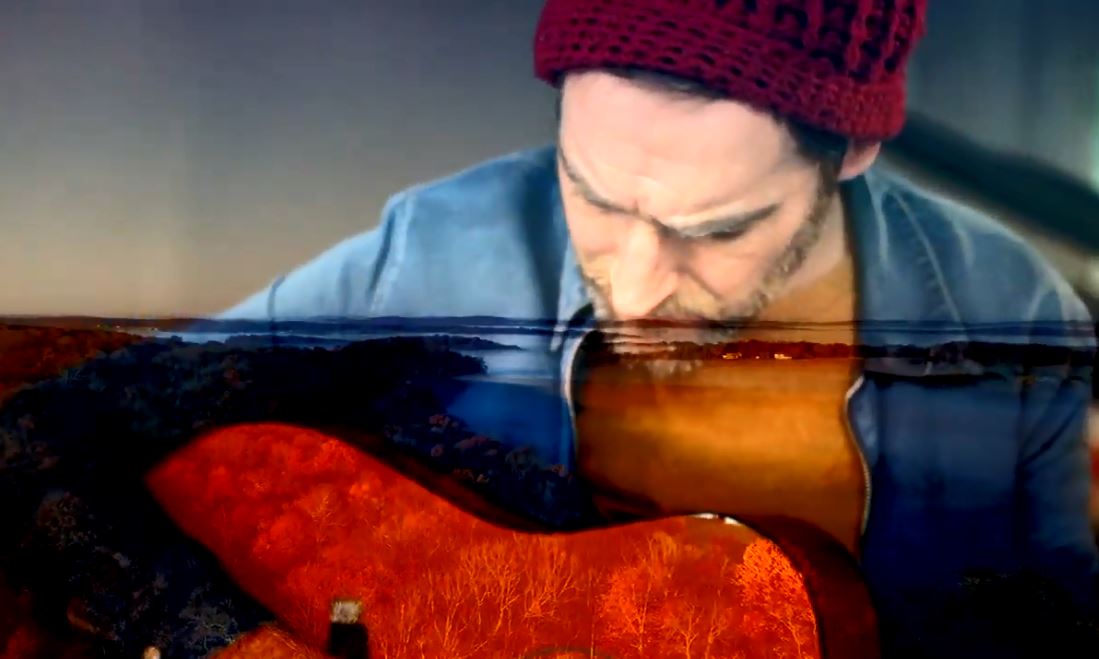 “You haven’t lost your way… you’ve got to wait for it.” • The Jonah Medal, “Septembering”

How far does someone need to travel, over how many years, to find what they’re looking for in the faces, names and sounds of the home they left so long ago? What answers are there to be found on the long road back to oneself?

These are the questions that Wicklow born songwriter Bjorn Baillie asks himself, his collaborators and his audience, with his debut single ‘Septembering’, released Feb 24th under the name of The Jonah Medal.

About his debut single Baillie says “The song is about being in the middle of the mid-life storm. You’re pulled every which way by the younger who need and rely on you, and the older who need you for a whole other set of reasons. I like the word September as a metaphor for middle-age.

You’re no longer in your Spring-youth . So being in your 40’s is Septembering. The things that have come along in your life, the people who have become part of your family, and define who you are now.

The responsibility and weight of those relationships is reflected in this song. The melody is one of the simplest but most instant of anything I’ve written. It feels like it has been around forever, but it just landed in my lap. Areal gem.”

Founded in Brighton, UK in 2020, The Jonah Medal began as a creative mission for Baillie to challenge his own forward musical progression, turn backwards and deeply inwards, and embrace the familiar.

“Having written for many years for a band who needed singles and album tracks, The Jonah Medal is my finally feeling comfortable addressing the issues in my own life, in my friends’ lives, and the lives of my peers.” – Bjorn Baillie

Baillie’s own creative journey had taken him around the world once already with his hometown band La Rocca. He spent his 20’s with them signing a major record deal, posting up in LA and touring with the likes of Phoenix, Jet, Silversun Pickups, and more.

While based in LA, Baillie logged countless hours collaborating with artists of every genre; in the process, cultivating a deeply personal connection with the musical legacy, the lifestyle and the inhabitants of the legendary Laurel Canyon neighbourhood.

There is a through-line from Baillie’s “Laurel Canyon period” into the new music of The Jonah Medal – the bare honesty and humanity of Carole King and Joni Mitchell, the soulful lyricism of Crosby, Stills and Nash and the humour of Randy Newman – these are the themes that Baillie knew he needed to express in this new body of work, with the new-found perspective and experience of a well traveled artist and a father.

“I’m asking my own generation if they’re okay. Mid-life is here for so many of us. With older parents and young children… we’re the generation squeezed in the middle trying to hold it all together.

THAT’S what I’m addressing, all following my lead to serve the song, with sincerity and warmth.” The Jonah Medal reflects the musical and lyrical themes explored by Baillie throughout his career, injected with the clarity and heart of a man living a truly full life. Weathered optimism, clear-eyed understanding, the highs and lows of relationships, and adulthood, all represented in the lyrics, the sounds and the fabric of this music.