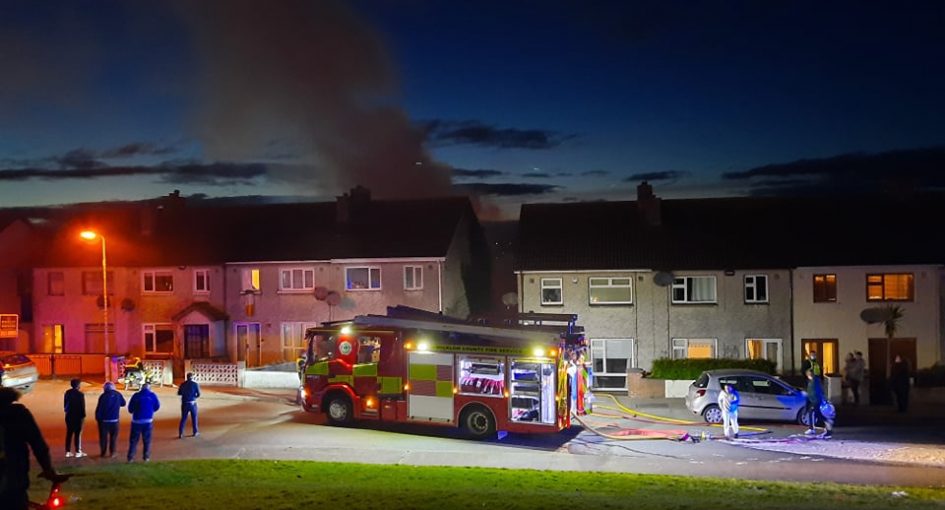 Wicklow Town Fire Services were called into action on St.Patrick’s night after a house caught fire at Darragh Park in Wicklow Town.

The fire broke out in the rear garden of the house around 7pm – and then set fire to a fuel tank sending flames and black smoke into the night sky.

The smoke could be seen as far away as Bray, firefighters quickly extinguished the fire but damage was caused to a number of houses .

There were no reports of any injuries.