Wicklow is playing its part in arresting the worrying decline in the swift population and now Wicklow County Council wants to recruit ‘Swift Champions’ to help the project.

As May approaches, we get ready to welcome back one of our most iconic and intriguing urban bird species, the swift. Swifts are a small migratory bird that visit Ireland each year to nest and raise young.

They travel from southern Africa where they have spent nine months of the year and arrive on these shores in early May.

The alarming decline in swift populations globally, due to loss of nesting sites and suitable feeding habitats has been the impetus behind the Wicklow Swift Project, an initiative of the Heritage & Biodiversity office of Wicklow County Council, in partnership with Birdwatch Ireland.

‘A lot can be done to halt the decline in Wicklow’s swift population”, says Deirdre Burns, Heritage & Biodiversity Officer Wicklow County Council ‘, adding: “Following on from recent surveys, we now know where Swifts occur in the county and which towns and villages host the biggest numbers.”

Going forward, she said, the support and active engagement of local communities was critical to building greater awareness of this unique bird species and in undertaking conservation action, locally where it is needed. The project has supported the installation of nesting boxes and caller systems in council owned building, including branch libraries and offices.

Additionally, interested groups have been supported to install nesting boxes in churches, schools and other suitable buildings in towns and villages across county Wicklow.

In the last two years, towns such as Arklow, Bray, Greystones, Rathdrum and Wicklow town have all come on board to provide nestboxes designed specifically for Swifts. In west Wicklow, communities have similarly embraced the challenge, with Swift nestbox projects underway in Baltinglass, Blessington, Dunlavin and Grangecon.

This year the Project is expanding and is seeking ‘Swift Champions’ to get involved. Members of the public, tidy towns groups, sports clubs, householders, schools and businesses are invited to become ‘Swift Champions’ for their local town, village or local area.

One of the most practical conservation actions that can be undertaken is to provide suitable nesting sites near existing colonies. Reporting sightings and building awareness in localities about the lifecycle and requirements of this species are also really valuable roles.

The council is allocating a number of free nest boxes to communities throughout county Wicklow, to be distributed through our Swift Project Officer, Oran O Sullivan.

Anyone who would like to learn more about the County Wicklow Swift Project and how you can get involved, there is an upcoming talk, ‘Saving Wicklow’s Swifts’, on Tuesday 20th April  at 7.00pm on Zoom (to book go to  https://www.wicklow.ie/Living/Services/Libraries/Events).

For more information and advice contact the Wicklow Co-ordinator, Oran O’Sullivan, by e mail: oran@irishgardenbirds.ie and for a copy of ‘Saving Swifts’ a publication from Birdwatch Ireland and the Local Authorities Network,  contact Deirdre Burns at  wicklowheritage@wicklowcoco.ie. 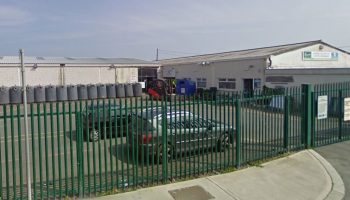