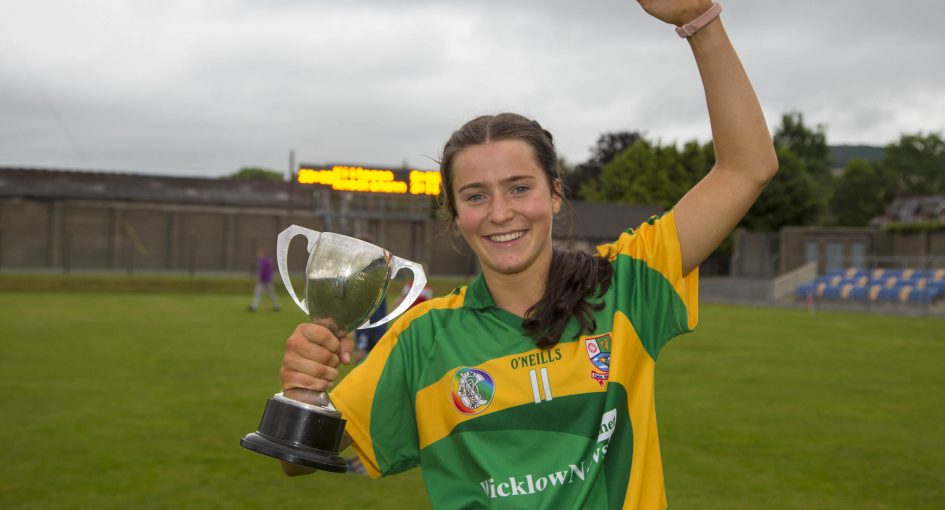 It took a long time to get it played but Knockananna and Kiltegan played out a fantastic game of camogie in Aughrim on Friday evening.

On a damp evening Kiltegan were out of the blocks quickest and seemed to unsettle Knockananna, Sophie Bermingham was a constant thorn in their side and put over two lovely 45’s as Kiltegan went into a 3 point lead.

The Knockananna defence proved to be the foundation of their victory as Kiltegan came at them in waves, Knockananna slowly started to get into the game and knew Kiltegan were not going to be a pushover.

Kiltegan were leading by 5 points to 3 when Roisin Byrne put Knockananna in the lead for the first time with a magnificent goal, it was a lead Knockananna would never lose and went into the half-time break leading 1-05 to 0-06.

Knockananna stepped up a gear as the second half got underway and played as Kiltegan did in the opening stages of the game picking off points, Kiltegan’s resolve was finally broken when a 45 from Eimear O’Sullivan went all the way to the back of the Kiltegan net leaving the score at 2-08 to 6 points.

One would think Kiltegan heads would have dropped but they kept fighting and were in need of scores, when a goal did come it was ruled out for a square ball.

Knockananna would go on to add three more points to leave the final score at 2-11 to 6 points.

Both Knockananna and Kiltegan teams would like to wish Sophie Bermingham a speedy recovery following a injury during the game.