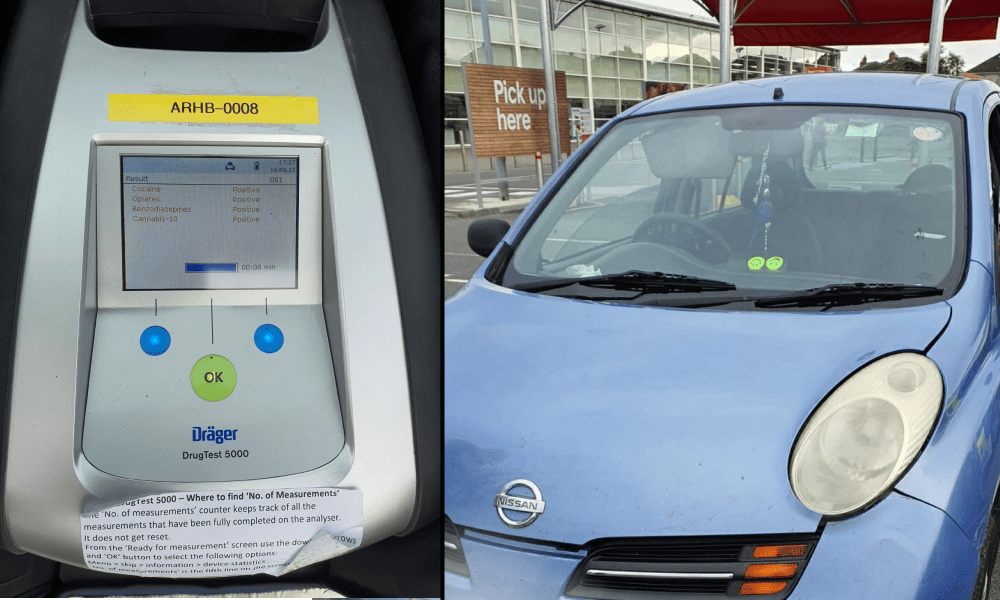 Gardaí in Arklow had an unusual evening on Monday after arresting a driver in Tesco Arklow car park.

After reversing into a Garda patrol car, the driver was questioned and admitted to having no insurance on their vehicle.

Gardaí then tested the driver for drugs, who tested positive for four different types of illicit substances.

Arklow Gardaí have said the person was arrested on the scene and brought to the station where a blood sample was taken and a court case to follow.