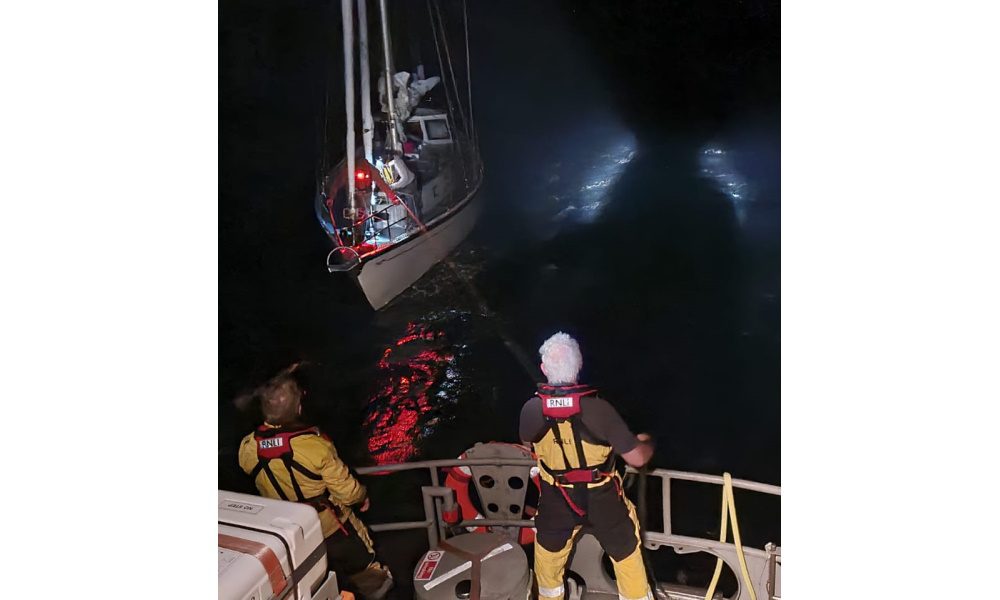 Arklow RNLI launched to sea at midnight on Thursday night to assist a sailing vessel which had suffered engine failure.

The volunteer crew made their way to the lifeboat station and within minutes of the request were aboard RNLB Ger Tigchlearr, enroute to the reported location some 17 miles south east of Arklow Harbour.

In moderate seas with a Force 3 South Westerly Breeze, The All- weather Trent Class lifeboat made its way to the reported position and was on scene at 1.00am approximately.

Arriving on the scene at 1am, the casualty vessel with two people aboard  was located.

A tow line was set up  and the large casualty vessel was towed back to Arklow where all hands came ashore safely at approximately around 3.30 in the morning.

Following the callout, Volunteer Lifeboat Press Officer, Mark Corcoran at Arklow RNLI said: “Thanks once again to our volunteer crew, who at a moments notice go to sea to assist others. Whether day or night, please remember to respect the water.”

Water safety information can be found at www.respectthewater.com