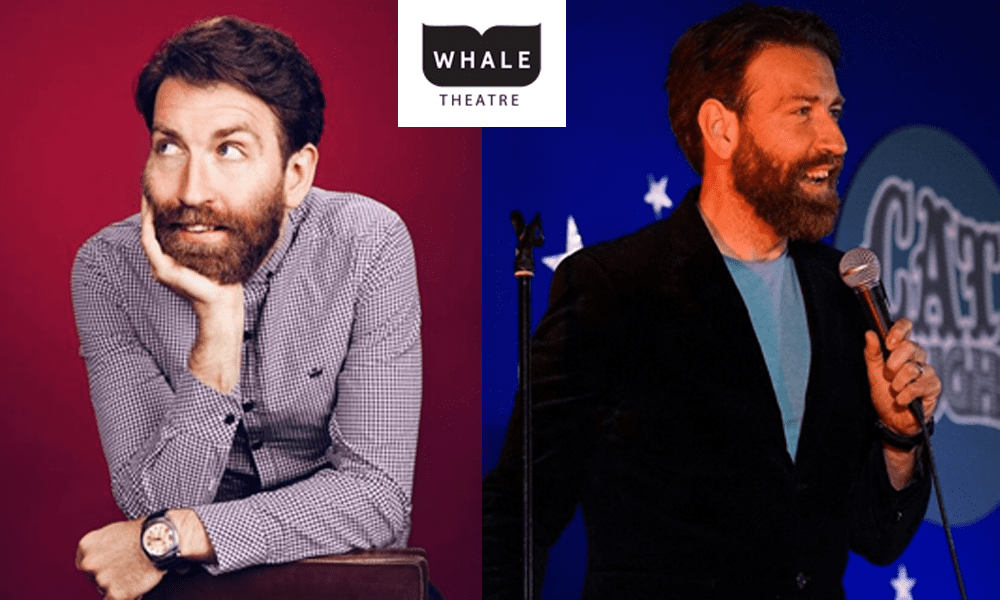 Finally, it’s happened. I don’t want to get all Moby Dick about it, but for years I have pursued the Whale… I mean the Theatre in Greystones. The culmination of a lifetime career ambition. To go through the barrier of that carpark, up Theatre Lane and in those ancient, sacred, modern glass doors.

And especially now it’s just great to be back on a stage with a microphone and an audience who can’t turn off their camera.

Greystones has a long and proud history. Originally named after a Happy Pear superfood, it coincidentally has a beach which has many inbuilt measures -stones- to prevent you from entering the water too quickly. It also has several discreet tunnels to help you to get there without being seen if you’re wearing dry-robes.

Being from Cork, Wicklow is always fascinating. We were never GAA rivals so there’s no history there. Although glad to say that our footballers are headed in yere direction albeit, it will still take some time. So for a long while Wicklow was just a mysterious place of fights at hurling matches, mountains, forests, wealthy writers in castles ..

But since I’ve moved to Dublin I understand it a bit more. How it’s never advisable to let someone collect your bulky rubbish for a suspiciously low price if you don’t want to see your toaster in a ditch in a picturesque area. Dublin has a funny relationship with Wicklow geographically. They think they’re in Wicklow when we’re in the Dublin mountains and they think they’re in Dublin when they’re in Bray. For a while when Dublin was in lockdown and Wicklow wasn’t so Bray was like West Berlin during Communism. You could nip across the border and go to Penneys to get consumer products.

Wicklow’s placenames also fascinate me – places like Baltinglass. Like a mysterious object you would look for on a quest. Once you find the Balting Glass you will have the ability to see the future. Or Newtownmountkennedy – what happened to the old one?

But the only place name that matters now is Greystones, where I’m doing an hour of standup comedy this Saturday 28th August at 3pm and 8pm. The 8pm show is sold out but the 3pm show still has some tickets available but grab them while you can. And when you get in I’ll tell all the rest I know about Wicklow. And once those 30 seconds are up, I’ll tell you jokes. See you there!