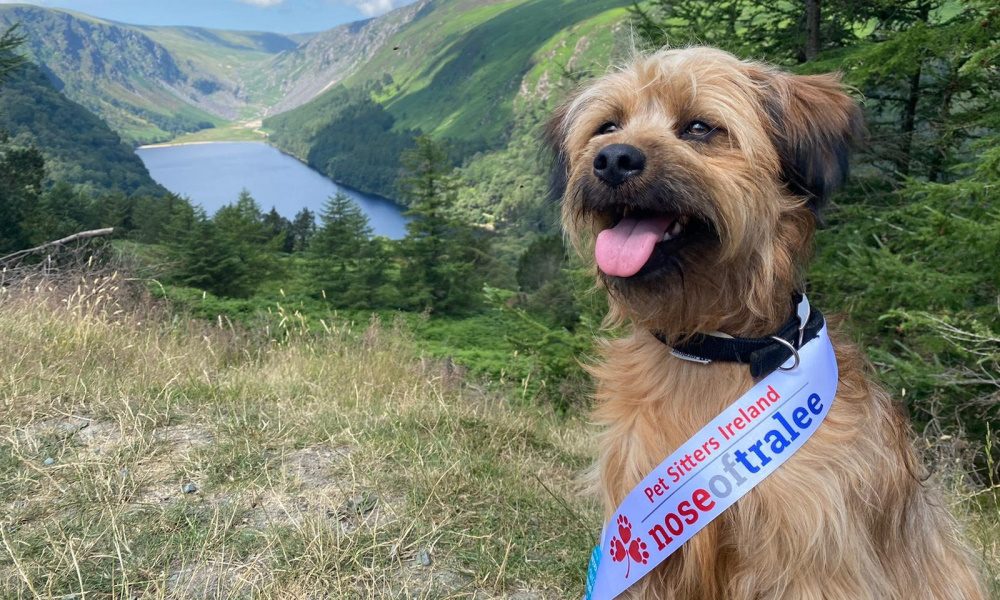 Meet Buachaill Ispíní Dána, the four-legged friend who will be representing Wicklow in the Nose of Tralee 2021, a competition for the best dog in Ireland.

His owner Sophie Bonheim, a self-described Dog Mam, said she entered Buachaill because she’d love to see a mutt represented in the competition.

“Buachaill is an obliging little fellow. He’s a super smart crossbreed and I’d love a mutt to win the Nose of Tralee. If he wins, he’ll be donating €100 to the WSPCA Shelter For Dogs and he’ll be treated to whatever human food he decides he wants from the fridge.”

Despite the Rose of Tralee not going ahead again this year the Pet Sitters Ireland annual Nose of Tralee pet competition is in full swing.

Eight years into the competition Pet Sitters Ireland saw nearly 1600 people enter their pets – all hoping they would become this year’s Nose of Tralee.

After an initial round of public voting a team of judges selected the final 32 Noses – each representing their county – and a public vote will now decide between 30 dogs and two cats as to who will take the title of 2020 Nose of Tralee.

Voting is now underway, and members of the public can vote every 24 hours.

The winner will be announced live on Facebook and Instagram on the 24th August and will receive prizes from Pet Sitters Ireland, Tesco Ireland and David MCauley Photography.