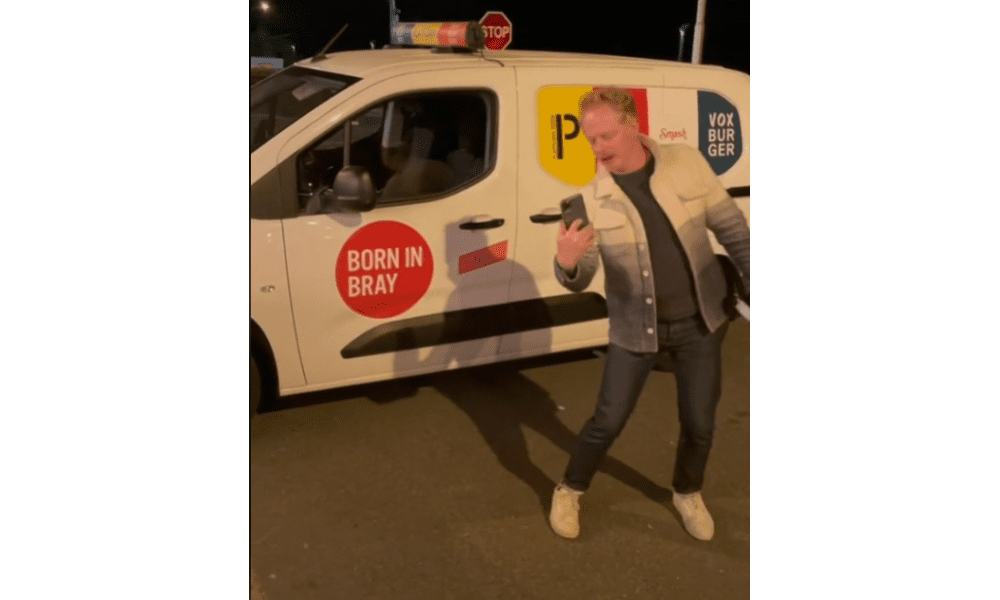 Jesse Tyler Ferguson pictured in Bray beside a delivery van for Box Burger. From @jessetyler on Tiktok.

Jesse Tyler Ferguson is yet another famous Hollywood actor who has ventured to Wicklow this summer.

Here as part of the cast of upcoming dark comedy Cocaine Bear, currently being filmed in Wicklow, Ferguson appears to be enjoying his time in the county after releasing a humorous video of himself in Bray.

Ferguson created his own rendition of Lady Gaga track Born This Way, ‘Born in Bray’, sent out to his Tiktok followers.

Cocaine Bear is an upcoming dark comedy/thriller directed by Hollywood Actress and Director Elizabeth Banks, who is known for many popular roles in TV and movies including The Hunger Games and Pitch Perfect.

Patrick Dempsey and Amy Adams were recent guests in the garden county when they were filming in Enniskerry for upcoming Disney movie sequel Enchanted 2.

Florence Pugh also has been in Wicklow while filming for a new Netflix movie called The Wonder.