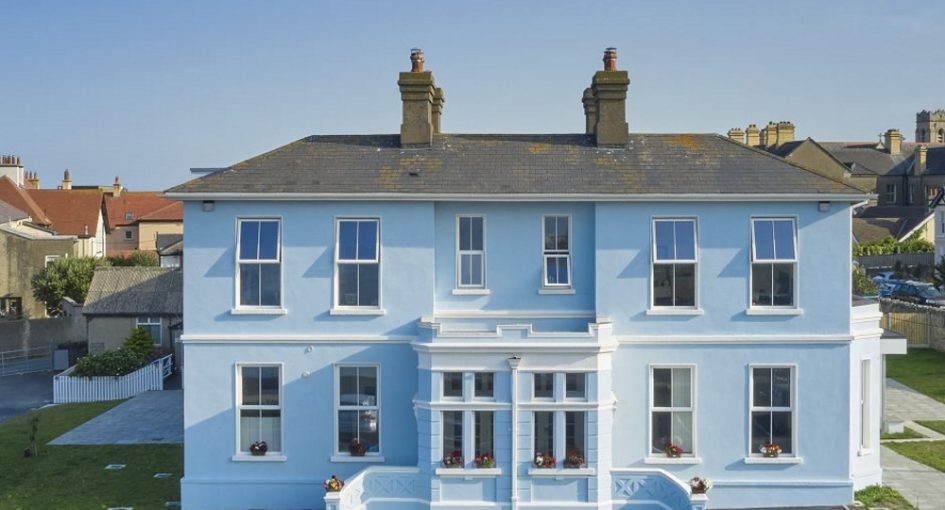 Carraig Eden in Greystones after its transformation. Source: Irish Council for Social Housing.

Tiglin and Wicklow County Council have won two awards at the Irish Council for Social Housing Community Housing Awards 2021 for their collaborative project at Carraig Eden in Greystones, a transitional supported accommodation residence.

Their partnership was recognised for the Collaboration Award and also won the Public Choice Award after receiving the highest number of votes from the more than 5,000 voters,

In 2016 Wicklow County Council became aware that the landmark Carraig Eden building was being sold, putting the 30 residents at risk of homelessness. Wicklow County Council swiftly collaborated with the Department of Housing, Local Government and Heritage and funding was secured to purchase and upgrade the dilapidated building into a transitional supported accommodation facility, operated by Tiglin.

The Carraig Eden building in 2016.

The high quality of this building and its surrounds sends a message to the residents that they are valued both as individuals and as part of the community in Greystones.

Judges applauded the project for “demonstrating what can be done when the will is there.”

Aubrey McCarthy, Chairperson of Tiglin said: “Carraig Eden bridges the gap that many fall into after rehabilitation. It’s a buffer against people entering homelessness and Wicklow County Council said ‘yes, let’s fight for this’. I salute the staff at Tiglin and residents at Carraig Eden who were willing to stand up and fight to save this vital service. We look forward to working with Wicklow County Council over the future.”