Brawl breaks out at U15 Wicklow GAA match 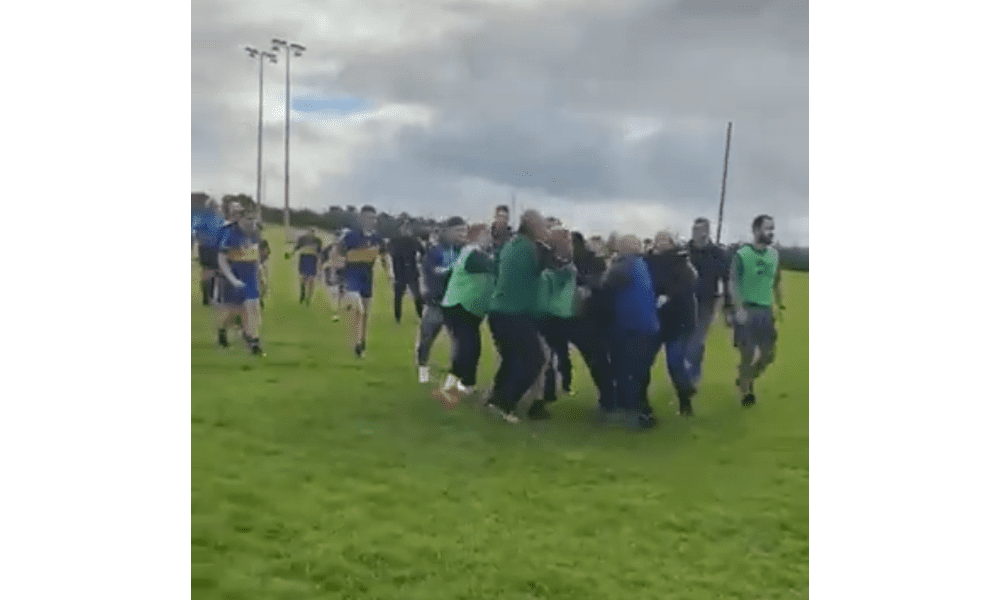 A fight broke out at an underage Gaelic Football match over the weekend between Carnew and Kilcoole.

The Under-15 Football Final took place at Wicklow GAA Centre of Excellence in Ballinakill before descending into violence with players, supporters and coaches all involved.

Kilcoole won the match, but tensions boiled over after the final whistle was blown when the referee gave a Carnew player a red card.

A video of the incident was widely shared on social media with many commentors calling it awful and a disgrace.

Wicklow GAA County Board have condemned the incident and have said an investigation will occur. The board said in a statement:

“Wicklow GAA are aware of reports of totally unacceptable behaviour from a number of people at a game today. Wicklow GAA strongly condemns all such behaviour, the CCC will be investigating the incident fully and strong disciplinary action taken.”