Vigil to be held in memory of schoolboy Will

A candle lit vigil will be held in Newcastle this evening in memory of local schoolboy Will Leeson.

Will passed away unexpectedly on Friday morning.

The vigil and a minutes silence will be held at 7pm (Saturday, October 16) in the middle of Newcastle village beside Daybreak.

Newcastle GAA Club have released a statement: “Everyone here at Newcastle GAA club wish to extend our condolences to the family of Will Leeson who sadly passed away on the morning of Friday 15th of October.

“Will was a member of our U9 team and was a lovely, funny and entertaining little character whose death will leave a gap in the hearts of all that knew him. When the club first started our nursery, Will (who was four at the time) and his classmates from St Frances were some of the first to join. It was obvious from that early stage how his classmates adored Will and as more kids joined that group they too would develop the same fondness for him.

“While at training you could find Will holding court with three or four kids explaining to them about the natural habitat of a fly that just landed on the ground, then 30 seconds later he would be running towards goal with one ball in each hand about to attempt to kick both at the same time.

“It was Will’s approach to life that not only endeared him to his teammates but also to those who coached him over the last few years. In Will we saw the inner child in ourselves that we all want to be sometimes – happy, care free and just running around a field with friends having a laugh.

Counselling services are available within the club for anyone who needs support at this extremely difficult time.

Will’s funeral cortege will leave the family home in Newcastle on Monday 18th at 11:30am, walking up towards Newcastle parish church for 12 noon funeral service and thanksgiving of his life, with burial in the adjoining churchyard. 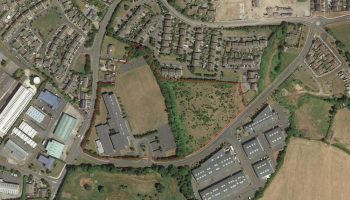 Golden Eagle Kalin has been found