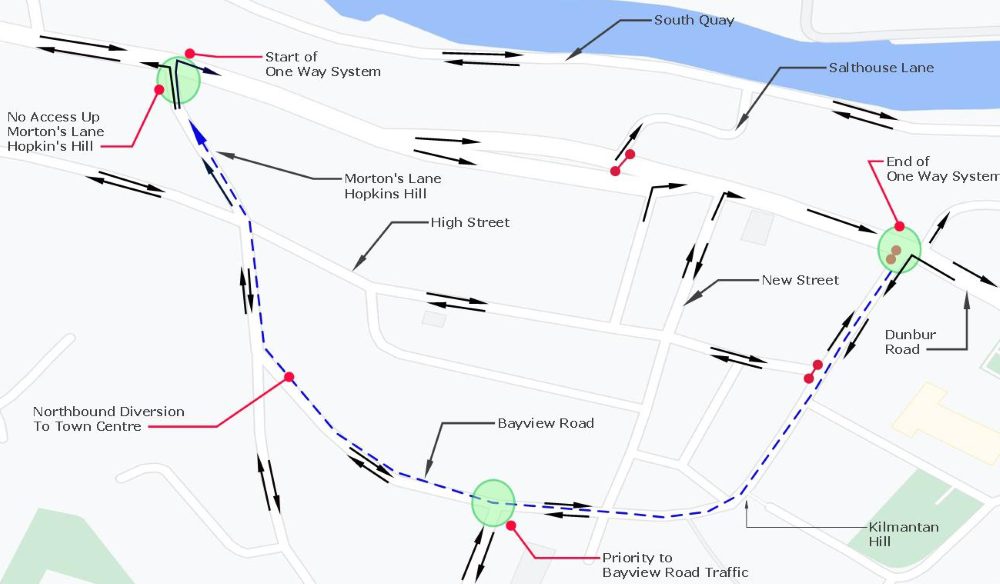 Final discussions and changes were discussed on Monday before the plan was finalised by Wicklow Municipal District.

The Project Engineers have stressed that it is a “trial run” and will not be forced in if it does not work as intended.

The new system will begin at the top of Morton’s Lane (known locally as Hopkin’s Hill) and will run as far Market Square.

Traffic coming northbound into the town from Dunbur Road will now need to use the South Quay or Kilmantan Hill to access the town.

The trial project is funded by the National Transport Authority as part of a mobility scheme ran in 2020, which was used to fund an earlier trial carried out during the Christmas period last year.

It’s being tested in an attempt to create new and usable public space, ease traffic conjestion and improve pedestrian crossing points within the town.