A Journey Through Time: A Clap ‘n Load Studios showcase at Whale Theatre 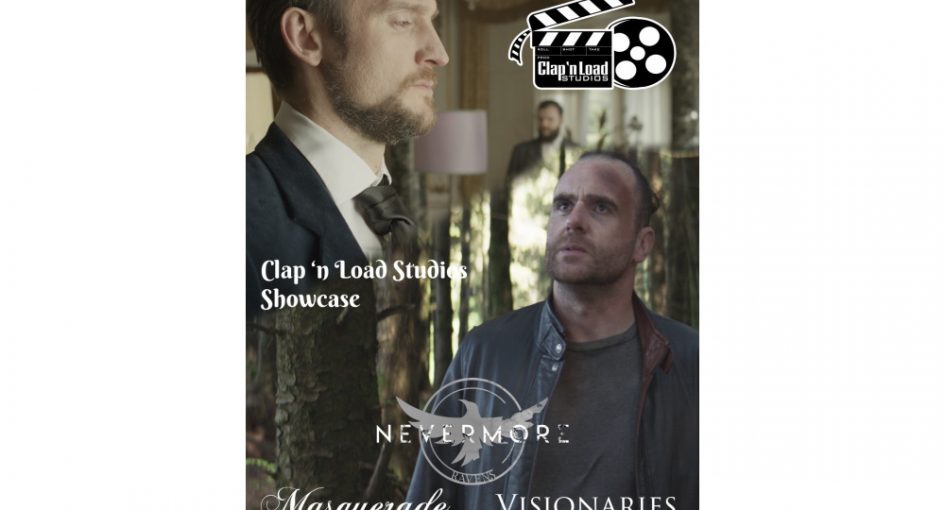 After studying in Pulse College and working for over five years in the film industry, John established his own company to pursue directing and to create ambitious projects that are otherwise not being attempted in Ireland’s short film market.

Masquerade: As tensions rise with the Irish Rising brewing to the east and the first World War raging to the west, knowing who to trust is more important than ever. . Friend and foe may wear the same face. But for Duke Kenneth Wright, what happens when family become foe, and the sharks begin to smell blood?

Visionaries: How do we adapt when deprived of one of our most vital senses? How can we learn to achieve our goals and thrive with little or no sight? This documentary follows the inspiring stories of three visually impaired musicians – Frank Kelly, Audrey Tormey and Conor Maguire – and how they have achieved what may seem to be the impossible, and the important role music has played in their lives. There is much more than meets the eye, and sight loss is never black or white.

Nevermore: It is the year 2400, long after the Interstellar War has ended. A group of mercenaries fly from planet to space station taking whatever jobs will get them paid. The crew of the Nevermore skirt the line of legality to survive. One such job sees them wrapped up in a fight between the Empire, and a young girl named Beth.