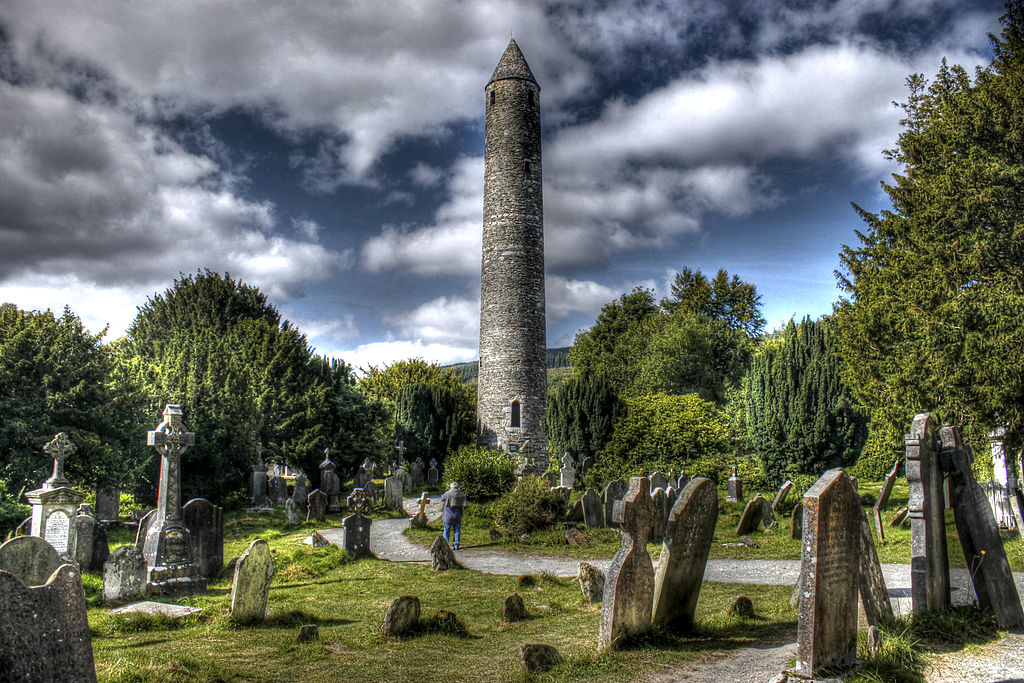 Glendalough Graveyard, located on an ancient monastic site which includes the renowned Round Tower, has received international recognition through An Taisce’s Green Flag Award scheme.

The scheme rewards well managed parks and green spaces across Ireland and the rest of the World.

Welcoming the award, Cllr Shay Cullen, Cathaoirleach, Wicklow County Council, said: “Glendalough Graveyard is the first graveyard in the Republic of Ireland to be awarded this coveted award of the Green Flag. The Green Flag Awards are assessed against eight strict criteria, including horticultural standards, cleanliness, sustainability, and community involvement”.

Mr Frank Curran, Chief Executive, Wicklow County Council, noted that “the Green Flag is only awarded for sites that exceed tough environmental standards in green space management and is a mark of a quality park or green space which is recognised throughout the world.  At this time, particularly, highlighting the importance of such places as parks and gardens for quality of life within our communities cannot be overemphasised.”

Light up your bike this winter