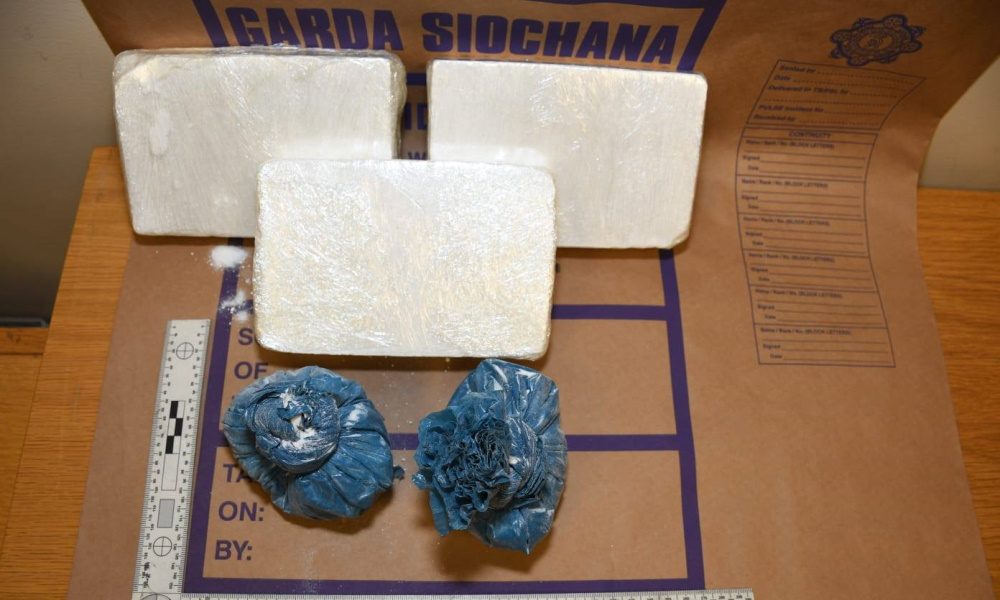 A 29-year-old man was sentenced to 10 years imprisonment at Wicklow Circuit Court yesterday after he pleaded guilty to possession of 1.8kg of cocaine.

As part of an ongoing operation by Gardaí into the sale and supply of controlled substances, Gardaí from Bray and Bray District Drugs Unit observed a male acting suspiciously on the Bray Main Street/Killarney Road area of Bray on Thursday 10th of October 2019.

Bray Gardaí arrested the man in October 2019 on Bray Main Street/Killarney Road area as part of Operation Tara, an ongoing operation into the sale and supply of controlled substances at both national and regional levels.

When approached by Gardaí the man fled on foot, but was apprehended from underneath a car after a brief foot pursuit. He was found in possession of a plastic cocaine with an estimated street value of €130,000.