Wicklow the Hollywood of Ireland features on Nationwide

Last Monday RTE’s Nationwide visited Wicklow, where they met with film director John Boorman who spoke of his new book about trees and life around his home in Annamoe, Boorman directed Excalibur which was shot in County Wicklow.

Presenter Anne Cassin visited Powerscourt Waterfall which has been a backdrop to many feature films and advertisements, she also met with Wicklow Film Commissioner Linda Healy at the Wicklow County Campus in Clermont, Rathnew.

Linda said, thousands of productions had been filmed in Wicklow over the last 30 years and this year alone 75 applications had been approved by the Wicklow Film Commision.

Linda used Enniskerry to point out the economical value both nationwide and local that film making brings.

You can watch Nationwide on the RTE Player here

Light up your bike this winter 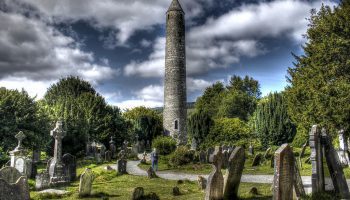 Relax, explore, connect, work or learn at your local library