Good luck to the Knockananna Camogie team who will play in the 2020 AIB Junior B Club All-Ireland Final on Sunday.

The Wicklow and Leinster Champions take on Ulster side Naomh Treasa from Dungannon, Co.Tyrone in Kinnegad, Co. Westmeath at 1.30pm.

It has been a very busy year for the club who are celebrating their 50th anniversary, the club have already over the years picked up All-Ireland titles in the Feile but this will be the biggest game in the history of the club.

This year they have won a league and championship double and two weeks ago cliched a Leinster title after beating Westmeath champions Drumraney.

With only three teams in the All-Ireland draw Knockananna were the third team out and went straight to the final.

Last Sunday Naomh Treasa took on Mayo champions Na Brideoga and found themselves 2 goals and a point down after only 90 seconds, despite the early set back the Tyrone girls kept the head down and slowly made their way back into the game.

Going in a half-time they managed to notch up 4 points and at the second water break they were level at 1-5 to 2-2, a final 15 minutes seen them score a further goal and point to give them a two point win. 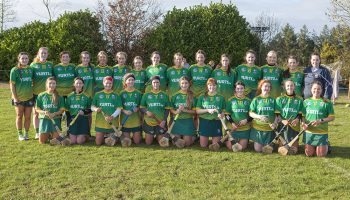 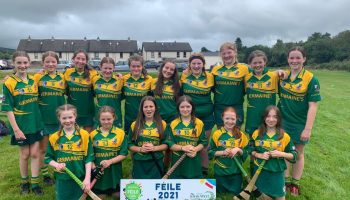