‘Back to the Future’ art exhibition at Courthouse Tinahealy 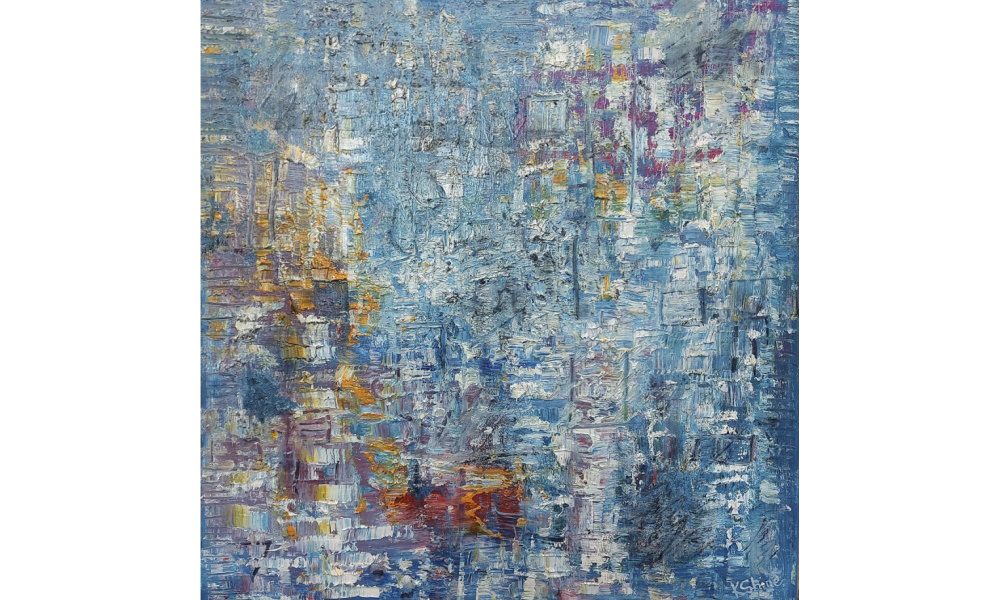 A new art exhibition by Wicklow artist Kathrina Shine is in full swing at the Courthouse Arts Centre in Tinahealy.

The exhibition is split into two parts with the first one casting a glimpse into our primal past. It explores the history of mark making going back 100,000-73,000 years ago,  to the origins of what we now recognise as graphics , language & alphabets.

Kathrina became interested in this period when an ancient symbol on the walls of the Blombos Cave in South Africa, was identified as a hashtag.

The second part is a sample of Kathrina’s own journey as an artist over the last 23 years with mark making & creating. It features paintings, technology, sculpture and film.

Kathrina Shine is a multi-Disciplinary artist, with a background in Architectural draughting, Theatre, Film, Fine Art Painting and Design. She has seamlessly moved between these areas of creativity using her skills to produce award winning films for BBC.Nth. Ireland , RTE & TG4 and stunning abstract Visual art for the last 23 years.  She has lectured at the Royal Conservatoire Scotland , The Gaiety School of Acting and worked as a Researcher for the Film Department at Trinity College.

The Back to the Future exhibition will be on display until Sunday December 12th, available for viewing from 2-4pm.