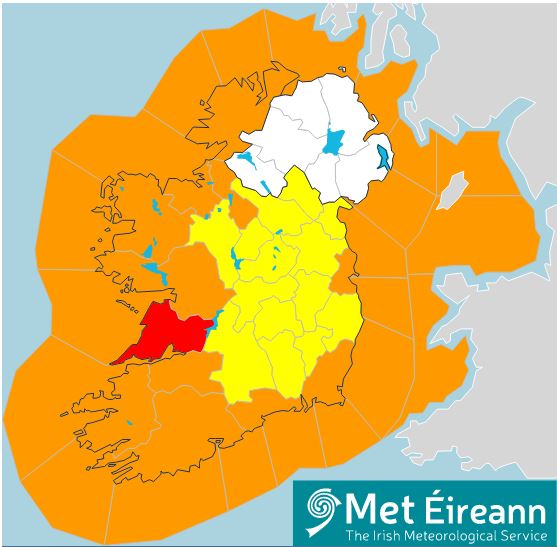 Wicklow Sinn Féin TD, John Brady has expressed his alarm at the mixed messaging circulating from authorities around Storm Barra, which has led to some schools in Wicklow remaining open in the face of dangerous weather conditions, while others have taken the decision to close today. Meanwhile reports from around County Wicklow clearly illustrate the extent of the threat to safety that the storm poses.

“We have a situation where Dublin and Wexford have been given a status orange warning, while Wicklow remains on a status yellow alert. So, we are led to believe that Storm Barra is somehow capable of circumventing Wicklow, while simultaneously hammering the two coastal counties either side!

This is simply ridiculous and speaks to a singular failure in the co-ordination of the management of the storm response on the East Coast. Particularly when decisions relating to the safety of our children are being forced on school principals who are left to decide on an individual basis whether to close their schools or not, while schools in Dublin and Wexford have received clear instruction to close.

I have been contacted by parents in a state of confusion across the county in relation to the issue of school closures today. One parent living in Bray County Dublin, whose children attend school in Bray County Wicklow, find themselves living in an area where schools are closed for safety reasons, yet their children’s school just down the road has been instructed to remain open. The same situation in Arklow, where families live in North Wexford but attend school there.

Some principals have turned up at schools this morning to discover that there was no power, which meant that the schools had to close, but they were without the means to send out notification to parents without power.

Conditions out there are dangerous. There are significant cross winds on major roads, which are making driving conditions dangerous. Commuters should have been made aware of the threat that the weather poses to them to allow them to either cancel unnecessary journeys or to take the appropriate precautions for their journey.

The purpose of having a graded weather warning system is to allow areas to develop a suitable response to the level of threat which has been identified. Normally this works quite well, and there is no doubt that in the past this has helped prevent the loss of life during extreme weather events. But what we have witnessed during Storm Barra has been a failure of this system.

We need to see a proper explanation as to how this occurred. Measures need to be taken to ensure that this does not happen again. Schools in Wicklow should not have been open today. Unfortunately, as climate change continues to bite, we will face more frequent extreme weather events. The authorities need to ensure that the confusion that surrounded Storm Barra does not occur again.” 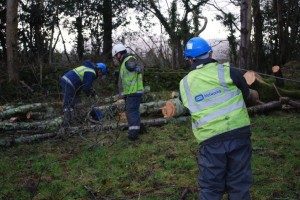 Homes remain without power due to storm Barra 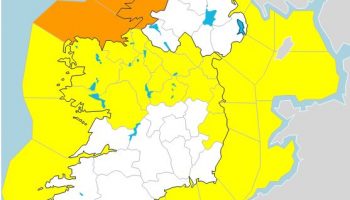 Wicklow to remain on Status Yellow Weather Warning until this afternoon