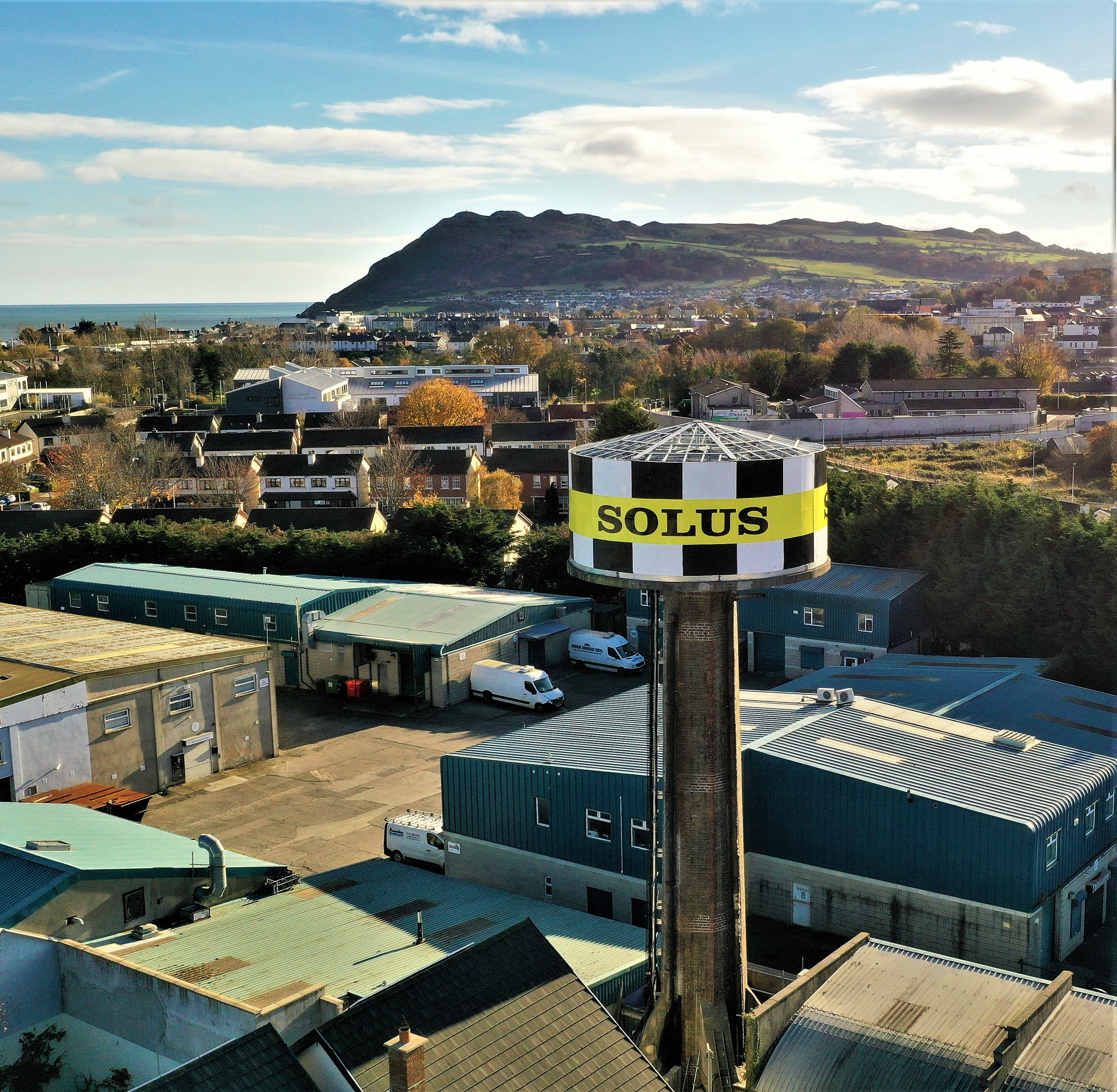 One of Bray’s most recognisable landmarks has had a makeover and been returned to its former glory.

Residents of the Wicklow town – along with regular visitors – will be well familiar with the long-standing Solus Water Tower structure, visible on approach from the M11, at its location in Corke Abbey.

The Tower’s elevated position means that for many years it has hosted equipment from all the major mobile phone providers, and was acquired in 2018 by Cellnex, Ireland’s largest independent owner of telecommunications infrastructure.

“Solus has a longstanding connection to the community and residents of Bray, and while our factory has since relocated, we are proud of the impact it had and that the tower became such a recognisable landmark. With this refurbishment by Cellnex I hope that the Solus Tower will continue to be as useful for local communities and businesses through improved connectivity, as it was for us during our operations in Bray.”

Cellnex has designed a sensitive solution for the tower’s refurbishment to respect both the iconic structure’s past, and the visual amenity of its neighbours and the wider community. Cellnex has invested over €300,000 in the improvement works that will see the famous Solus logo re-painted in the yellow and black, and all telecommunications equipment on the Tower will be kept out of sight.

The old Solus factory began manufacturing bulbs in 1935. Solus is an Irish-owned company that was established over eighty-five years ago. The factory has long since been relocated, but the well-known Solus Tower – bearing the company name and iconic yellow and black logo – remains at the industrial estate in the town. Solus now operates from the Naas Road in Dublin.

“We are delighted to have given a major makeover to the Tower, and to have done it in a way that respects its past history and responds to local community concerns. Sometimes, buildings that are initially industrial, become part of the landscape. Over time, they grow to be associated with a certain place, and develop into a distinguishing feature of that area. We think it looks great, and hopefully the people of Bray agree.”

Cellnex launched in 2015 with the acquisition of 300 tower locations from Irish state forestry company Coillte, and through further acquisitions and investment now has as portfolio of over 1,700 telecom sites In Ireland. Cellnex specialises in maximising the efficient use of tower infrastructure through hosting the equipment of multiple operators on its sites, thereby reducing costs for users and reducing the proliferation of unnecessary towers.