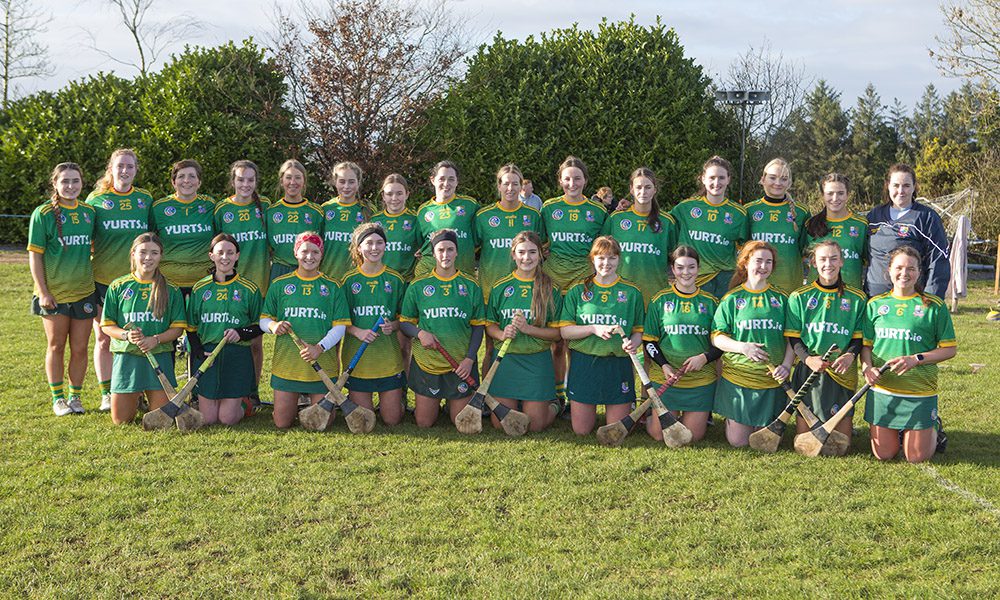 Wicklow Camogie Senior Champions Knockananna have reached their second Leinster final in just over a month.

Due to the pandemic there has been a backlog of fixtures, the 2021 semi-final took place on Sunday afternoon in a sundrenched but cold Knockananna, where they hosted Louth Champions St.Brides.

Before the throw-in a minutes silence was held in memory of Ashling Murphy who played camogie with Kilcormac/Killoughey in Offaly.

Though Knockananna celebrated their 50th anniversary last year there are not many times they could name 11 subs.

Knockananna made two changes to the side that narrowly lost to Naomh Treasa in the All-Ireland final that was played 4 weeks ago.

The Wicklow County champions got off to a slow start but did go 2 points ahead before St.Brides Cara McKeever opened her sides scoring from a free , which found its way to the roof of the Knockananna net.

After going into the lead the Louth girls defence had to pull out all the stops as Knockananna cranked up the pressure, Rachel Byrne had a goal disallowed when it was adjudged she had entered the square before the ball.

Despite the slow start and a number of wide’s Knockananna went into the half-time break leading 0-5 to 1-0, though the score would have been a lot higher had it not been for the heroics of St.Brides goalkeeper Mairead McMahon who pulled off some amazing saves including 2 from point blank range.

Knockananna came out for the second half with all guns blazing and put in a brilliant team performance, putting over points and keeping the Louth girls attacks down to a minimum as they pressed them.

Only moments after the restart Knockananna hit the crossbar and quickly took control picking off points until Rachel Byrne put the ball into the St.Brides net following a scramble in the box.

Knockananna managed 1-7 in the second half and conceded only a single point, with the game finishing 1-12 to 1-1.

Drop off centre in Knockananna for Ukraine

Knockananna win back to back Leinster camogie title