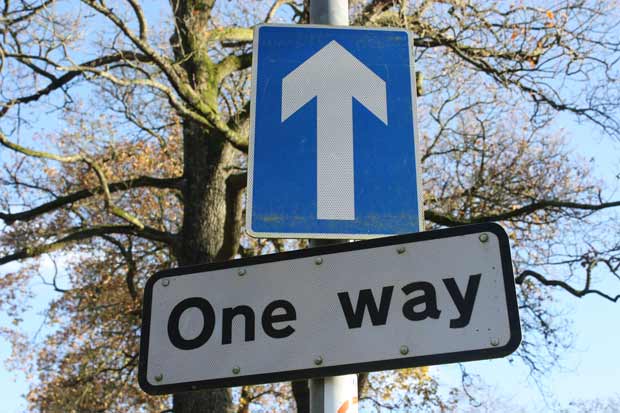 A petition has been launched calling for the trial one-way system in Wicklow town to be abolished, with one retailer saying it’s causing footfall and sales to drop.

Graham Dowling of Dowling’s Family Butchers has launched the petition, which has received 740 signatures at the time of publication and will be presented to Wicklow County Council.

“Footfall has dropped, there is nobody around at all. If you walk down the street between nine and four in the day it’s like a ghost town,” Mr Dowling told WicklowNews.Net

“People have just stopped coming into the town altogether. It’s not even coming down to the parking anymore it is just chaotic.”

“We’re on the street and we’re talking to people all the time and they’re telling us they don’t like it and don’t want to come into the town anymore because of it,” he added.

The one-way system trial, which is to last for three months, was introduced at the end of November 2021.

Wicklow County Council said the system was put in place to meet a number of its objections, which includes easing traffic congestion in the town, providing a safe space for pedestrians to traverse between the north and south end of the town and addressing parking needs.

However, Mr Dowling believes the trial is not working and fears customers would go to a supermarket with more accessible parking rather than come into the town and buy from his butchers.

“I had a person say to me they circled town three times and couldn’t get parking so just left and that effects other people’s businesses too because if they won’t come to my business then they’re not going to go anywhere else in the town,” he said.

Graham said he has made attempts to contact the council with his concerns but has yet to receive a reply.

In a statement, Wicklow County Council said the objections set down for the trial “have been achieved or are on the way to being achieved” and feedback they have received “for the most part” has been positive.

“As the trial is still ongoing, staff in Wicklow Municipal District are continuing to make adjustments to the one-way system concerning pedestrian safety, traffic flow and parking,” said a spokesperson. “This is based on feedback received from traders, residents and other stakeholders in relation to the ongoing trial and on the observations and experience of our own staff.”

The council also noted the ‘Parking and Traffic Flow Recommendations’ report produced in 2019 recommended a one-way system following surveys undertaken with consumers and local retailers in 2018.

Mr Dowling said he is not aware of the survey which the council reference.