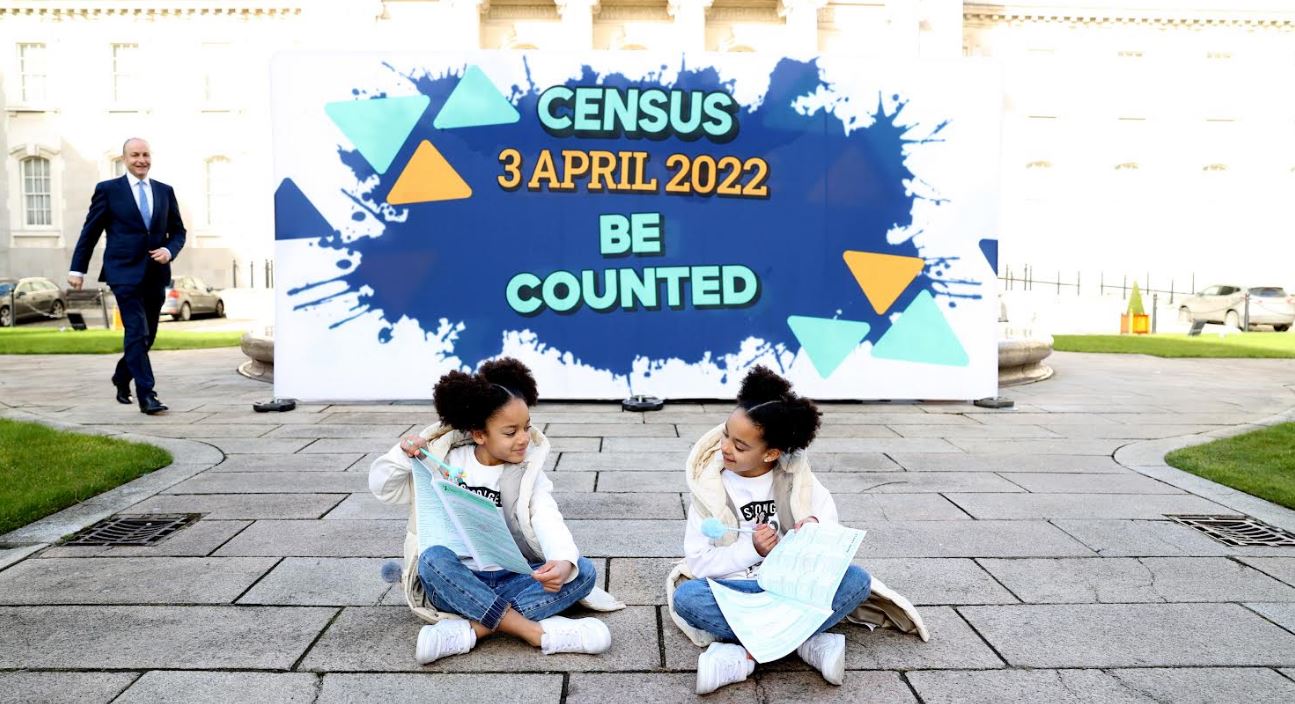 Ireland’s next census will take place one month from today on Sunday 3 April. Launching Census 2022 the Central Statistics Office (CSO) has said that this year’s census will generate a detailed picture of social and living conditions in Ireland.

A team of 5,100 enumerators has commenced the process of delivering over 2 million forms to every household in the country. These forms must be completed on census night and will be collected by an enumerator before 6 May. Everyone present in Ireland on 3 April must be included on a census form.

Speaking at the launch of Census 2022, which took place at Government Buildings today, An Taoiseach Micheál Martin TD said:

“The census, by counting every single person present in Ireland, provides a uniquely comprehensive account of our population. It is far more than a simple counting exercise, the census asks a variety of questions that give us the information that is vital for the planning of public services. There is not a single decision taken, on the provision of public services from health to education and housing, that is not shaped in some way by census data.

“By actively participating in the census people are supporting their communities, ensuring policy decisions are made with an accurate view of each community’s needs. The census also provides a valuable historic record for future generations to study. As we mark the Decade of Centenaries, and examine the progress we have made as a nation, it will be fascinating to see what Census 2022 tells us about our country”

Pádraig Dalton, Director General of the CSO called for continued public support, “We have always enjoyed tremendous support for the census from people right across the country. We look forward to this continuing once again in 2022. This census features a number of new questions including renewable energy sources, childcare, smoking and working from home. This will add to the immense value the census provides.”

Mr Dalton emphasised the privacy of the information collected in the census. “We value privacy and are fully committed to protecting the information of every single census form. Everyone participating can be reassured that the information they provide is confidential, will only be reported as aggregate data, and will not be released to any third party or government agency.”

Eileen Murphy, Head of Census Administration provided practical advice to people preparing for Census 2022. “An enumerator will call to your home in the coming days or weeks to deliver your census form. They will be wearing easily identifiable clothing and carry a census ID badge. Please support the census by facilitating your form’s delivery.

“When your census form arrives keep it in a safe place to fill it out on the evening of 3 April. Please read the instructions carefully, fill it out in a blue or black pen. If you have any questions your enumerator can help.”