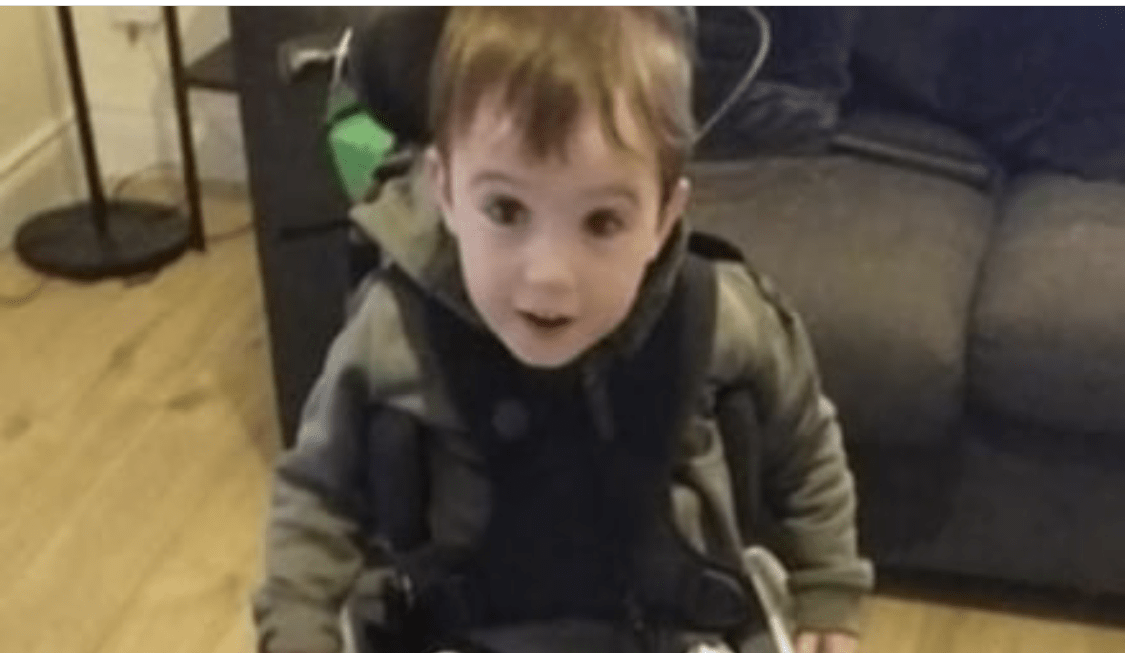 A fundraiser set up to raise money for a County Wicklow boy who needs “life-changing” surgery abroad has surpassed the halfway mark.

Kane Fox who is from Rathnew, was born prematurely at 28 weeks and spent eight weeks receiving treatment in an Neonatal Intensive Care Unit (NICU).

The three-year-old was later diagnosed with Spastic Quadriplegia, which is a specific type of spastic cerebral palsy that refers to difficulty in controlling movements in the arms and the legs.

His parents, Alan and Amy, said his condition causes him to have stiff, tight muscles in all four limbs and he is unable to control his movement.

A number of events have been organised to aid the fundraising campaign, with local businesses also donating and supporting Kane.

“Kane pulled through for us and now we need to pull through for him, to give him the best quality of life possible,” said his parents.