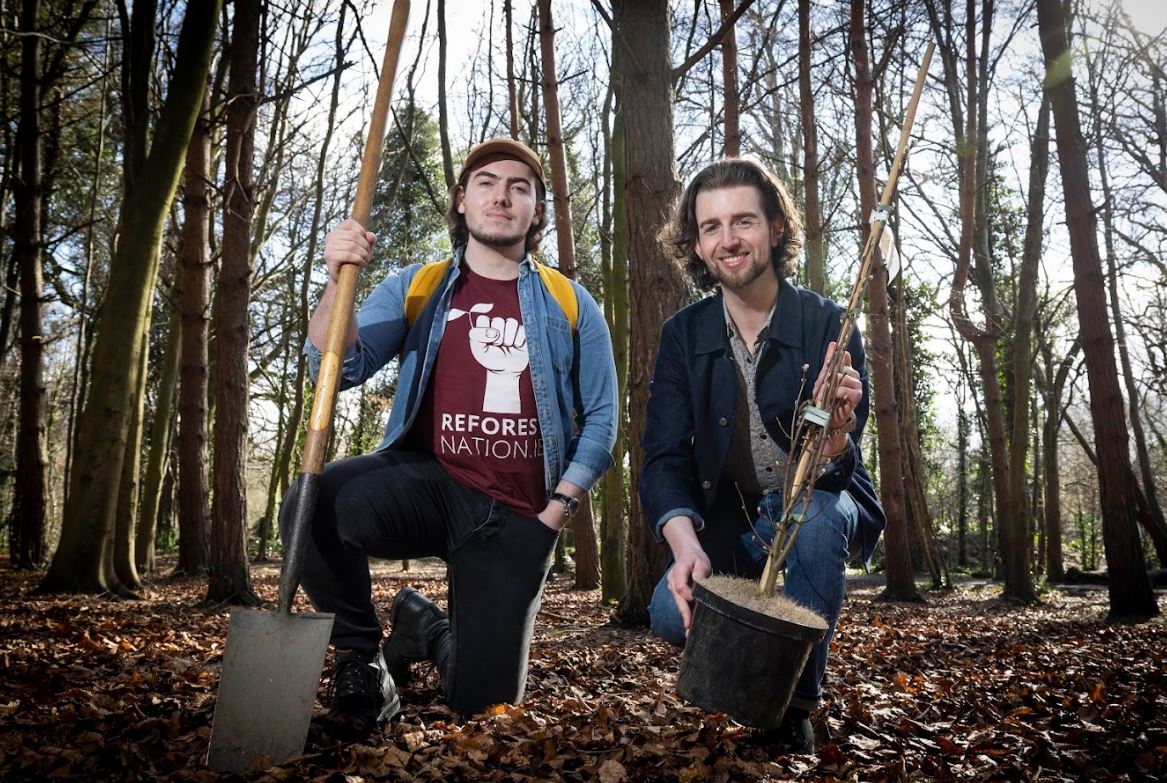 Refurbed, Europe’s fastest growing online marketplace for refurbished electronic devices, has today announced a new partnership with Reforest Nation, Ireland’s most ambitious tree planting project. The partnership will allow Irish refurbed customers the opportunity to choose Ireland as their country to plant a tree in when purchasing their sustainable electronic products. The announcement of the partnership coincides with National Tree Week, which runs until Saturday, 26th March with this year’s theme being ‘More forests for a greener future.’

This partnership will work in parallel with refurbed’s existing partnership with Eden Reforestation Projects which plants trees in countries including Haiti, Indonesia, Kenya, Madagascar, Mozambique and Nepal for every refurbed product sold. This key part of refurbed’s mission effectively counteracts all CO2 emissions during the product refurbishment process.

In 2021, refurbed announced that they had planted 1 million trees and so far this year they have upped this figure to 1.4 million. Over 25,000 of trees planted were from Irish customers who bought their sustainable tech from refurbed in the past year. The overall objective of the partnership is to encourage more Irish consumers to go ‘green’ when purchasing their next electronic device and to assist Reforest Nation in achieving their goal of planting one million trees by 2024. This partnership will help restore biodiversity and fight climate change in Ireland, and globally.

In Ireland, only 11% of the land is covered with trees with only 2% of that coverage being native trees. These are some of the lowest figures in Europe. This partnership between refurbed and Reforest Nation will therefore help to contribute to the Irish Government’s ambition of planting 440 million trees by 2040. Tree planting projects carried out by Reforest Nation take place right across the country and since being established in 2020, Reforst Nation has planted over 35,000 trees in Ireland with 75,000 more trees planted in Africa, Asia and Central America.

Speaking on the announcement today, Peter Windschhofer, CEO and co-founder of refurbed said, “I am delighted to welcome this announcement of our partnership with Reforest Nation to provide consumers with the option to plant a tree in Ireland when purchasing an electronic device from refurbed. The announcement is particularly timely as National Tree Week is recognised in Ireland this week. Reforest Nation is on an ambitious mission, and I am thrilled that refurbed can be part of their journey to make a real difference across Ireland and beyond. Irish consumers have contributed significantly to the number of trees we have planted in the past year, and we hope in 2022 that this number will increase further. This partnership will also allow Irish consumers to have a positive impact on the native reforestation efforts in their home country.”

Also commenting on today’s announcement, Pádraig Power, refurbed’s marketing manager for Ireland said, “Reforest Nation are doing tremendous work in trying to revitalise Ireland’s forestation and this was a natural fit for refurbed in terms of matching our goals, mission and values as a whole. Along with our other markets, refurbed’s objective is to get one refurbished device into every household in Ireland. We believe that with the shift to a circular economy, people will be more conscious of their purchases, particularly electronic devices such as smartphones, laptops, and tablets. With the option to assist in the redevelopment of our forest lands, I believe people will be drawn to this new partnership with Reforest Nation in helping our country face the challenges of fighting climate change.”

Gearóid McEvoy, founder of Reforest Nation, said, “I am excited to welcome refurbed as an ecosystem level planting partner of our organisation as we aim to achieve our target of planting one million trees by 2024. Our goal is to make an impact in the world with the restoration of biodiversity and I know this is something which is shared with the team at refurbed. They are doing some outstanding work in making customers aware of the circular economy, particularly with day-to-day or modern ‘must-need’ products such as smartphones, tablets and laptops amongst others. I believe together, we can work to make a big difference not only amongst consumers, but also in the physical landscape of this country.”

Refurbed undertakes a 40-step refurbishment process to ensure all products are restored to factory settings. The refurbishment process reduces carbon emissions by 70% compared to the manufacturing of a new electronic device. To date, the company has saved over 188 tons worth of electronic devices and subsequently managed to reduce the CO2 impact by over 34,000 tons, roughly as much as the CO2 emissions of more than 11,000 cars in Ireland within one year.