20% Reduction in bus fares for commuters in Wicklow from Monday 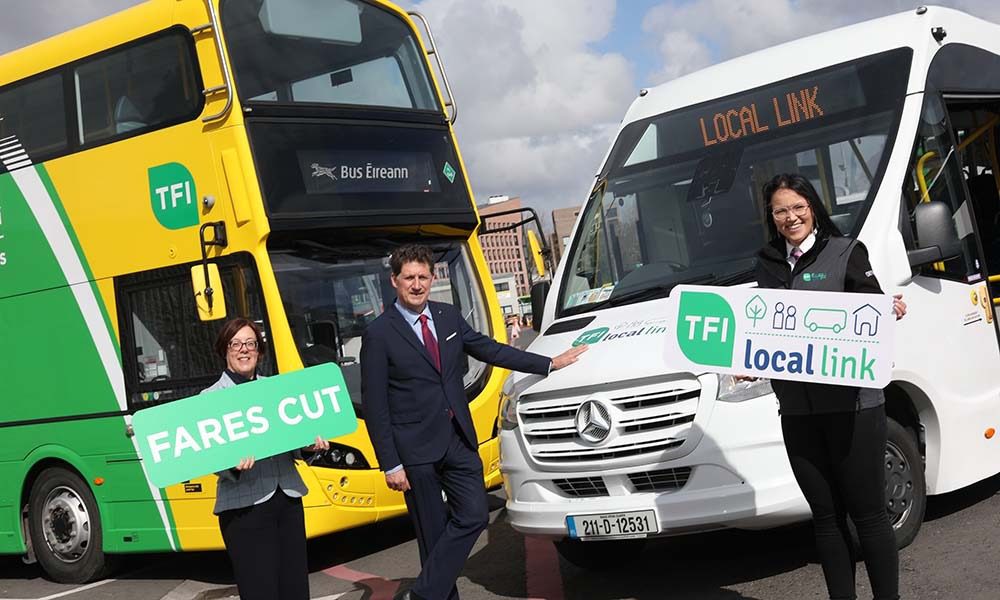 Bus fares in rural areas first to be cut

Bus fares on all subsidised public transport services in Wicklow provided by Bus Éireann and Local Link are to be cut by an average of 20% from Monday April 11.

The plan to cut public transport fares was announced by Minister for Transport Eamon Ryan in February and was among the measures included in the Government’s package to reduce the cost of living.

Fares on Bus Éireann’s inter-urban and commuter services for commuters in Wicklow will fall. Thanks to these changes, a journey from Wicklow to Bray using a Leap card that currently costs €6.65 will now cost just €5.32. Fares on the company’s commercial Expressway services are not included.

Passengers on TFI LocalLink rural services operated by the 15 Transport Co-ordination Units around the country, including in Wicklow, will also see their fares drop by 20%.

While all fares are being reduced by about 20%, customers currently paying their fare by cash can make even greater savings by switching to Leap.

This is the first of two sets of fare reductions. Fare cuts in the Greater Dublin Area won’t be introduced until May as they are more complex to implement.

The Minister for Transport Eamon Ryan TD said: “We want to make it easier for people to be able to choose public transport throughout the country and I am delighted that this saving of 20% off public transport costs is now being implemented for commuters across regional cities and towns particularly.”

“People are coming under more and more pressure as the price of essentials continues to increase. As one element of a suite of measures being introduced by the government, this fare reduction will go some way to easing some of the financial strain that households are experiencing.

“Choosing public transport over the private car, even for one trip a week, can begin to help us reduce our greenhouse gas emissions. It will also help improve the air quality and cut down on congestion in our cities and towns throughout the country.

“And at a time when fuel security is a greater concern than it has been in decades, leaving the car behind, if at all possible, is one of the best things we can all do to help reduce our energy use.”

Anne Graham, CEO of the NTA said: “Value for money is not the only factor that gets people on to public transport, but it is an important one, and we do know that reducing fares will make public transport more attractive to more people.

“We’re appreciative of the support that the Government has given us, that has enabled us to make public transport even more affordable. I am confident that as a result, we will see the number of passenger journeys on these services increase in the months ahead.

“Today marks a good day for public transport, particularly in rural areas and in our regional cities and towns.”

Stephen Kent of Bus Éireann said: “At Bus Éireann, we are excited to be offering our customers a 20% cut in our city, town and regional fares. This brings city fares back to 2007 levels.

“There has never been a better time to try the bus, and thanks to recent investment from the NTA, one in five of our fleet are new vehicles and Bus Éireann’s transition to lower- and zero-emission vehicles is making great progress.

“This across-the-board cut in PSO fares is a unique opportunity to encourage people on board, allowing passengers to ease some of the pressure of transport costs while also significantly cutting carbon emissions.”

Bus Éireann customers using a Student Leap Card will see an additional reduction of 50% on their fares from Monday.

Iarnród Éireann’s online fares at www.irishrail.ie are also reducing by an average of 20%, from Monday, meaning that customers availing of the company’s best value Intercity fares will benefit from further savings.