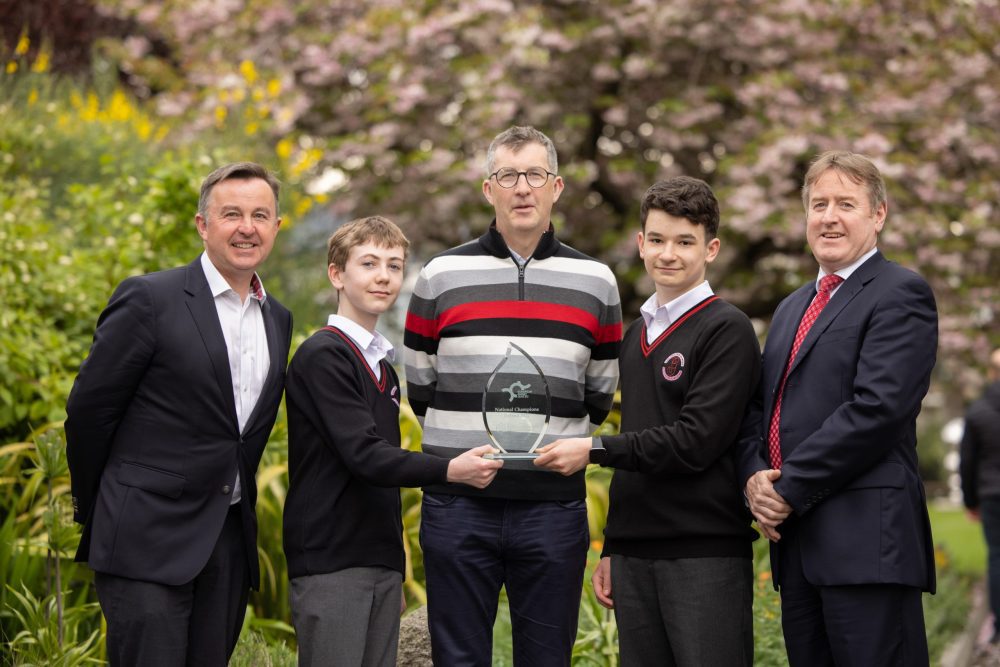 The students and staff of Gaelcholáiste na Mara are celebrating once again, with two of their students having recently been crowned National Champions in the European Money Quiz 2022.

This was a remarkable achievement for the two Gaelcholáiste students involved – Alexandru Muntean and Conor De Búrca – given that there were almost 2000 participants from schools right around the country involved.

The European Money Quiz is Europe’s biggest financial literacy competition for 13 to 15-year-old students, attracting up to a million plays annually via the ‘Kahoot!’ platform.

The Irish final was hosted by the Banking and Payments Federation of Ireland in April, with the winners being tasked with the responsibility of representing Ireland in the European equivalent – where they pitted their wits against the National Champions from Albania, Austria, Azerbaijan, Croatia, Czech Republic, Denmark, Estonia, Finland, Germany, Greece, Hungary, Iceland, Italy, Latvia, Liechtenstein, Lithuania, North Macedonia, Malta, Norway, Poland, Portugal, Romania, Serbia, Slovakia, Slovenia, Spain, Sweden, and Turkey.

The boys from Gaelcholáiste na Mara proved more than worthy competitors at this level by finishing 3rd overall – which emphasizes their competency in this area.

“To be crowned National Champions was a worthy honour in itself – but to place third in Europe was, as we would say here in the school, ar fheabhas ar fad!”