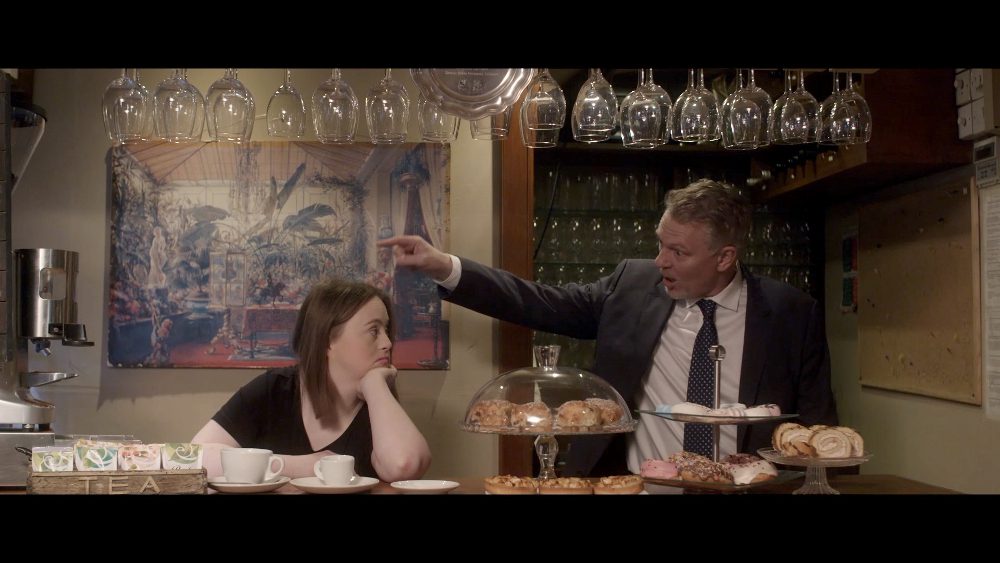 Arklow based Filmmaker Dave Thomas has been awarded Official Selection for his multi-award-winning drama ‘Aretha’ at the New York Istanbul Film Festival.

On hearing the great news, Dave told us how thrilled he was with the acknowledgement of his film which tells a story of a young woman with Down syndrome, played by actor Orla Casey, facing challenges in getting her first job due to her disability. She meets a Manager of a restaurant called Jim Laurel played by well-known Actor Conor Mullen, who feels she would not be able to work in a fast-paced environment. Aretha sets out to prove him wrong.

“Our little film continues to tour the world screening at international film festivals and collecting a lot of awards along the way”, says the Writer, Director, and Co-producer Dave Thomas.

“As a filmmaker, it’s vital that the film has a strong story, and I am certainly drawn to stories about social injustice, inequality and issues in the world that need to be highlighted. As a man who is gay and has a disability, I have faced some of the unnecessary challenges society has thrown at me, and it’s a matter of finding a way to navigate around, over or through some of the obstacles on life’s path, it’s about surviving and succeeding despite the odds against anyone from a marginalised group.”

“With my film Aretha, I was able to tell a very important story thanks to winning the FilmOffaly Bursary Award 2018. The criteria for winning is to shoot the entire film in Offaly. I chose the beautiful bustling town of Tullamore as the backdrop to my film. I am currently crowdfunding to shoot another film with a very important heart-warming story. I plan on shooting this film in County Wicklow, where I live. Unfortunately, Wicklow County Council does not have any Short Film Bursary like many other counties have, so I have proposed to them that they create a Wicklow Short Film Bursary for 2023. It’s badly needed.

In the meantime, I have to crowdfund so I can shoot the film on my doorstep. So far, I have raised €1070, and I hope many individuals and businesses will back the film and help me reach my €20,000 goal. Short Films are not commercial, they don’t make money, and because there is no pressure to create a ‘product’ that will do well at a box office, it allows me and many other filmmakers to make beautiful films with great stories. Stories that may never get told. My new film, ‘Seven Moments in Time’ will showcase the wonderful locations on our doorstep to a national and international audience. Businesses in Wicklow can reach out to me via my website www.davethomasfilms.net or find me on social media. I have no doubt that my new film will follow the same successful path as ‘Aretha’ and will be seen by many thousands of people all over the world.”

If you would like to contribute to the making of ‘Seven moments in time’ : https://gofund.me/2c5537c9